Fehily: I wouldn't swap Blaklion for anything in Grand National 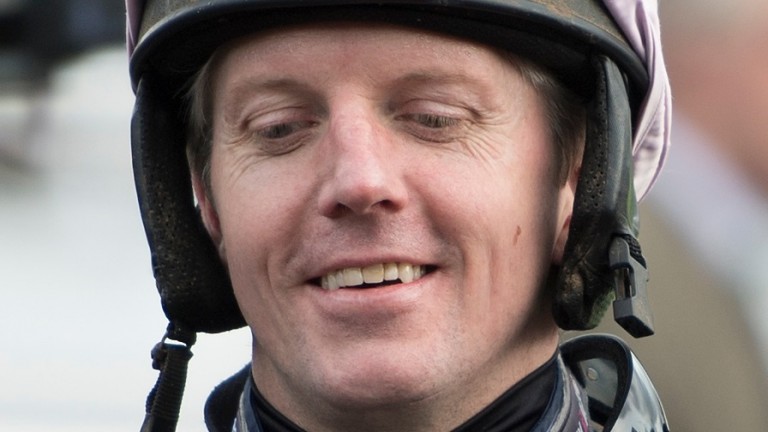 Noel Fehily: hoping some of Nigel Twiston-Davies's Grand National luck rubs off when he rides Blaklion for the stable
Edward Whitaker
1 of 1
By Jon Lees 9:59AM, APR 5 2017

Noel Fehily says he would not swap Blaklion for anything else in the Randox Health Grand National as he hoped linking up with a twice-successful stable would help him to a first victory on Saturday.

Fehily enjoyed an unforgettable Cheltenham Festival last month, winning the Champion Hurdle and Champion Chase, and finishing second and third in the other two championship contests.

He has never finished nearer than fifth in the Grand National – doing so twice, on Risk Accessor (2006) and Rocky Creek (2014) – while he pulled up on Silviniaco Conti last year.

But with trainer Twiston-Davies having saddled two previous National winners in Earth Summit and Bindaree, and Blaklion prominent in the National market at 14-1, Fehily has sound reasons to be optimistic in the £1 million showpiece at Aintree.

He said on Tuesday: "It’s the Grand National, so you can’t exactly be over-confident, but I wouldn’t swap Blaklion for anything. He’s got a nice bit of form and a bit of class about him, and I’m hoping for a big run.

"There are plenty of other things I could worry about other than the trip, and I don’t think that will be an issue. He was very accurate around Haydock last time too, and he’s been around Cheltenham a few times, and jumps fine."

He continued: "I rode Silviniaco Conti last year – who I thought was the best chance I’d ever had – and he pulled up, which just goes to show anything can happen in the National, but Nigel Twiston-Davies has a great record in the race and I hope it rubs off." 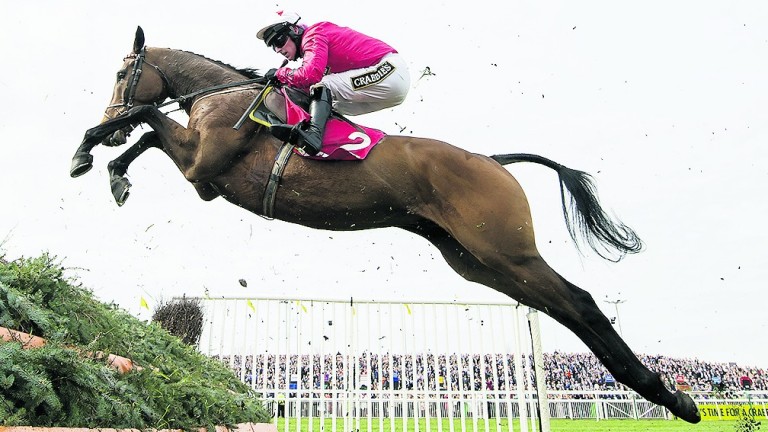 Blaklion has not raced since finishing a three-and-a-quarter-length second to one of Saturday's market rivals, Vieux Lion Rouge, in the Grand National Trial at Haydock in February, his only start since December. He was giving the winner 6lb and there is only 3lb between the pair this weekend.

Twiston-Davies said: "It would be wonderful to win a third National. Blaklion is really good and I'm really happy with him. Often horses who run at Cheltenham cannot perform quite as well at Aintree. We decided not to run there last month because of that.

"I think he's very fairly handicapped. We've been protecting his mark all season, hence he didn't run until Haydock because we didn't want him going up the handicap."

The Last Samuri was beaten six lengths into second by Rule The World in last year's National when carrying 10st 8lb, but this time has to carry top weight of 11st 10lb.

Since Red Rum triumphed under 12st in 1974, the highest weight carried to victory was 11st 9lb by Many Clouds two years ago.

Trainer Kim Bailey, who landed the National with Mr Frisk, said: "It would be nice if we had last year's weight but we were never going to have it. He's top weight for a perfectly good reason – he has very good form.

"It's like a limited handicap now; the bottom weight is going to be 10st 6lb or 10st 7lb, which is much better than having horses off 10st or 9st 10lb.

"David Bass has ridden his last piece of work this morning. I'm very happy with the way he's progressed. We haven't got a favourite's chance this year but we've a good chance of running well."

Bailey thought his prospects had been scuppered last year by rain at Aintree and expects conditions to be play more to The Last Samuri's strengths this time.

"I can see him doing lots of things, finishing third or fourth, and I can ultimately dream he might win," he continued. "There's no significant rain forecast, so I should think they'll be watering to maintain good to soft ground. That would be perfect.

"Last year jumping the second-last I thought we were going to win. Getting beat after that was a bit depressing."

La Vaticane was confirmed on Tuesday as the last horse with a guaranteed place in the 40-runner field. Doctor Harper, Bless The Wings, the Donald McCain-trained Knock House – who has two other entries at Aintree – and Sambremont occupy the four reserve places for now.

Declarations are made on Thursday morning, with the reserve cut-off point being 1pm on Friday.

Which 2017 Grand National runner should you back?

Mark Walsh, who fractured a bone in his leg in a fall at the Cheltenham Festival last month, will miss Aintree and is likely to return to action at Fairyhouse over Easter weekend.

Dr Adrian McGoldrick, chief medical officer with the Turf Club, said on Tuesday: "Mark is making good progress but the injury hasn't quite fully healed yet.

"He has another appointment to see his orthopaedic surgeon Paddy Kenny, and he should be okay to resume at Fairyhouse."