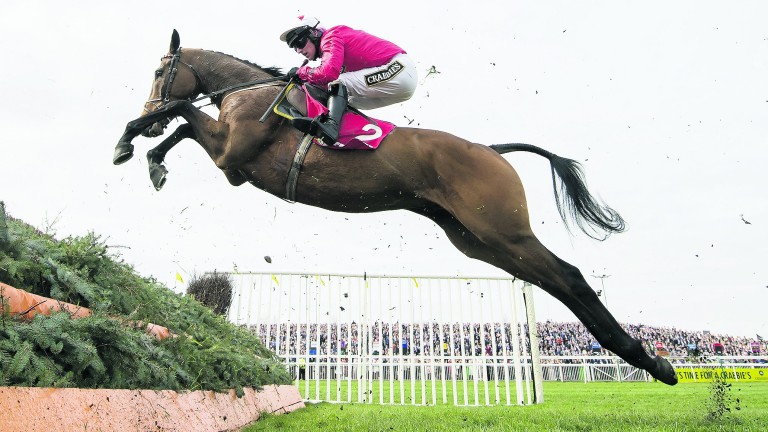 Fehily, who last week won the Champion Hurdle on Buveur D'Air and the Champion Chase on Special Tiara, is a rare booking for Twiston-Davies, but the trainer's hand has been forced by the injury suffered by his son Willy Twiston-Davies on the opening day of the Cheltenham Festival and he is pleased to have secured a rider of Fehily's calibre for the Haydock Grand National Trial runner-up.

Twiston-Davies, who won the Grand National with Earth Summit in 1998 and Bindaree four years later, said: "It's sad that Willy will not be fit to ride Blaklion after last week's fall at Cheltenham, as we really wanted to him to ride, and Sam looks sure to be riding for Paul [Nicholls], but in the circumstances I'm delighted to have Noel riding Blaklion.

"He's a jockey we all admire, and he had a great week at Cheltenham. When I put the idea to the owners they were very happy with it. He's a great man to have on your side."

Fehily has ridden just 14 times for the stable in the last five seasons, with one win on Minella Reception at Warwick last February. He has ridden in the Grand National 14 times and has completed on three occasions, finishing sixth on Celibate in 2002, fifth on Risk Accessor in 2006, and fifth again on Rocky Creek three years ago.

Blaklion looks as good an opportunity as Fehily has has had to date, as he is generally second or third favourite for the Aintree spectacular behind his Haydock conqueror Vieux Lion Rouge. He is a best-priced 16-1, but was cut to 14-1 by many firms yesterday.

The eight-year-old, who is in the same ownership as The New One, is set to be Twiston-Davies's only runner in the Grand National, as Benbens looks unlikely to make the cut.

Twiston-Davies said: "We often have more than one runner, but we are a bit short on long-distance chasers this year. At least we have one very good one and Blaklion has always been heading straight to Aintree since his good second at Haydock. He's in really good form."

Twiston-Davies is leaning towards giving The New One a first try at three miles in the Ryanair Stayers' Hurdle on Grand National day rather than bidding for a repeat win in the half-mile shorter Betway Aintree Hurdle, which he won in 2014 but fell in 12 months ago.

The New One, successful in the 2m5f Neptune Investment Management Novices' Hurdle as a five-year-old, finished a respectable fifth last Tuesday when running in his fourth Champion Hurdle. Twiston-Davies had previously been resistant to the idea of running him at three miles, but he now appears to be coming around to it.

He said: "The New One will be entered in both races at Aintree.  We'll see what turns up, but at the moment we are leaning towards the longer race. It's time to have a go."

Ballyoptic, who disappointed in the Stayers' Hurdle at Cheltenham, might also run in the race, although Twiston-Davies remains baffled by last week's poor run.

The team is also likely to include Supreme Novices' fourth Ballyandy, who has a choice of novice options, Albert Bartlett third Wholestone, who will be targeted at the 3m Doom Bar Sefton Novices' Hurdle, and Racing Post Arkle fifth Flying Angel, who Twiston-Davies said was "very unlucky not to finish closer as one fell right in front of him and knocked him".

Timico Gold Cup seventh Bristol De Mai has the Betway Bowl as an option, but would need some give in the ground.

FIRST PUBLISHED 1:17PM, MAR 21 2017
Noel is a jockey we all admire, and he had a great week at Cheltenham. He's a great man to have on your side