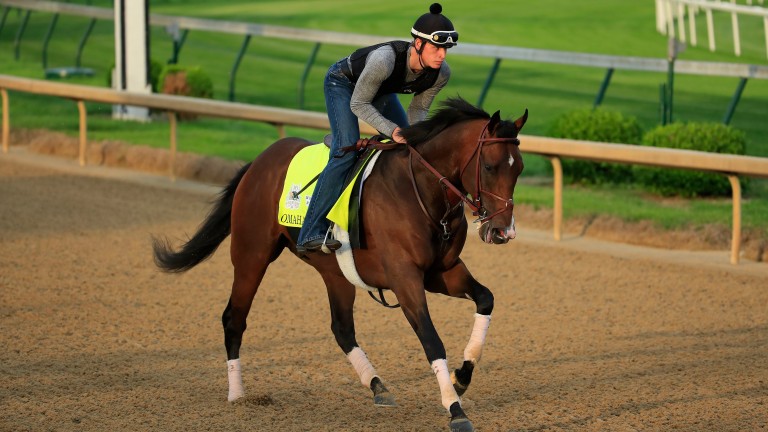 Omaha Beach was the general 5-4 favourite with British bookmakers for Saturday's $3 million event having won five of his last six starts.

“It was observed this morning that Omaha Beach had light swelling in his right hind fetlock,” Mandella said.

“While we're disappointed to have to miss the Pegasus World Cup, Omaha Beach’s safety and wellbeing comes first, and we wanted to do what was best for him.

"He's been a great pleasure to have around the barn and we're grateful for the opportunity to train such a magnificent horse.”

The four-year-old son of War Front is scheduled to begin stud duty for the 2020 season at Spendthrift Farm in Kentucky.

His Breeders' Cup Dirt Mile conqueror Spun To Run was also taken out of the race on Thursday due to a skin rash.

Read more from the USA