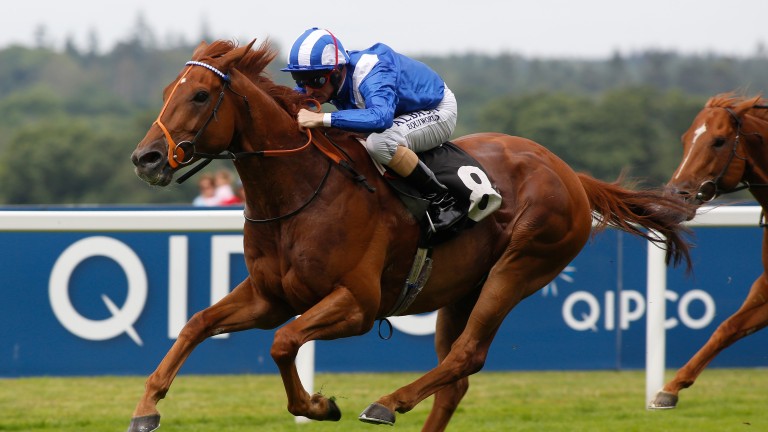 Mutakayyef is staying close to home for his Dubai Turf warm-up as connections have decided to take in Saturday's Betway-sponsored Winter Derby at Lingfield.

The Hamdan Al Maktoum-owned six-year-old enjoyed a racecourse gallop at Chelmsford last Thursday, after which he was given the nod for the Lingfield Group 3 rather than prep in Dubai in the Group 1 Jebel Hatta the following week.

The Winter Derby participation of Mutakayyef, the sponsor's 100-30 favourite, is a boost for the contest after the defections of high-profile duo Decorated Knight and Arab Spring.

William Haggas has indicated the owner's new retained jockey Jim Crowley will travel over from Dubai to take his first ride of the year on British soil.

Haggas said: "Mutakayyef is in good form and after discussion with Sheikh Hamdan the decision has been taken to run him at Lingfield, and Jim Crowley will ride."

Mutakayyef enjoyed a productive 2016, winning the Group 2 Summer Mile at Ascot before twice finishing third at Group 1 level, most recently behind Tepin at Woodbine.

FIRST PUBLISHED 8:24AM, FEB 19 2017
The decision has been taken to run him at Lingfield and Jim Crowley will ride