'Faugheen could have been another Arkle. I'll never have another like him' 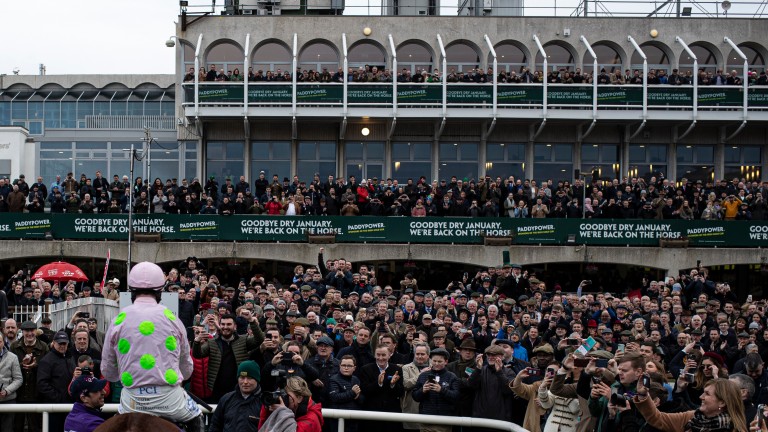 Faugheen's first trainer, Andy Slattery, believes the 12-year-old could have been another Arkle but for the injuries that have hampered his career.

Slattery was speaking to the Racing Post for a feature on the legendary veteran in Sunday's newspaper, which also includes contributions from Rich Ricci, Ruby Walsh, Willie Mullins, Paul Townend and many more.

The trainer sent out Faugheen to win his sole point-to-point in April 2012 and recalled: "The day after he won his point, everyone was on to me. Mouse Morris was the first to make an offer, but his man wouldn't pay what we were looking for.

"Willie did, and the funny thing was that he was stiff and sore, and a bit lame that morning. He still paid up and got him. He knew what he might be buying.

"He could have been another Arkle. I'll never have another one like him pass through my hands. I don't think anyone will."

Faugheen went on to make an instant impression on John Codd, who has looked after him from the moment he arrived at Closutton.

Codd said: "He came into my barn and I'll never forget the first day I rode him out. He felt special. He was completely different to anything I had sat on previously.

"I hopped off him and told the rest of the lads in the barn that they could look after any other horse in the barn but there was no way they were getting him. Not a hope. He was mine."

Faugheen remains as enthusiastic as ever as he gears up for a potential Cheltenham challenge this week, and Codd added: "He takes a good hold in his work. Now more than ever. He likes to get on with it."

Read The Faugheen Story in The Big Read, available to members from 6pm on Saturday or in Sunday's Racing Post newspaper. Join Members' Club here

FIRST PUBLISHED 12:26PM, MAR 20 2020
I will never have another one like him pass through my hands. I don't think anyone will