Faugheen to make debut over fences at Punchestown on Saturday 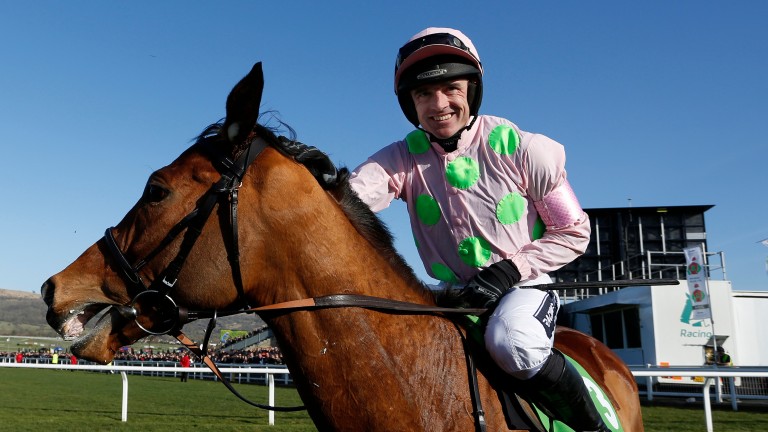 Faugheen has been declared to make his debut over fences for Willie Mullins in the 2m4f beginners' chase at Punchestown on Saturday.

The 2015 Champion Hurdle winner, who was last seen being pulled up by Ruby Walsh in the Aintree Hurdle in April, will face a maximum of 16 rivals.

Klassical Dream was unbeaten in four starts for the trainer last season, three times at the highest level, and will be joined by stablemates Saldier and Sharjah. Gigginstown's Petit Mouchoir and outsider Yaha Fizz complete the Morgiana line-up.

There could be some future chasing stars on show in the second Graded race on the card, the Elliott Group Craddockstown Novice Chase, won in 2015 by Gold Cup winner Sizing John.

Seven runners have been declared for this year's contest, including the Gordon Elliott-trained Eclair De Beaufeu, a 19-length winner of a beginners chase at Wexford last time. Eclair De Beaufeu is ridden by Davy Russell, marking the return of his association with Gigginstown.

Back in favour: Davy Russell to ride Gigginstown horses at the weekend

FIRST PUBLISHED 1:47PM, NOV 15 2019
The 11-year-old, who was last seen being pulled up by Ruby Walsh in the Aintree Hurdle last April, will face a maximum of 16 rivals