Faugheen the Machine powers to thrilling chase victory at Punchestown 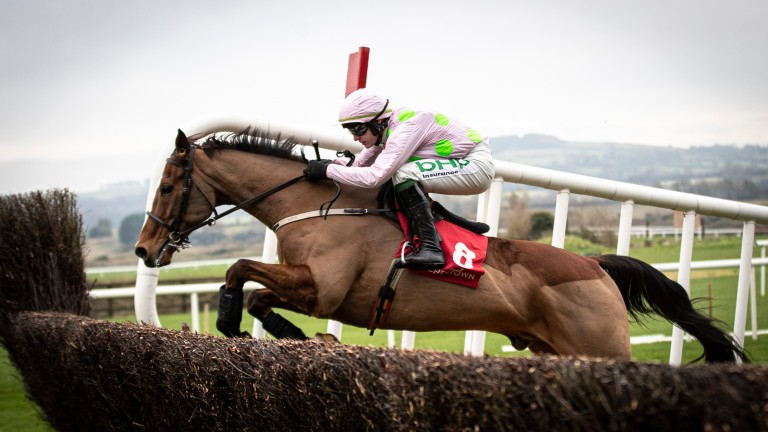 The machine is back! Faugheen made a successful chasing debut at Punchestown on Saturday, surviving a shuddering error on his way to victory.

The Willie Mullins-trained former Champion Hurdle hero was making his belated first start over fences at the age of 11 and showed plenty of his old sparkle to pick up impressively in the home straight.

Paul Townend's charge, sent off 8-11 favourite, survived a serious error at the first ditch on the final circuit, with the the champion jockey doing extremely well to regain his balance and get the nine-time Grade 1 winner back in rhythm.

Townend said: "He jumped the first half-dozen fences grand but he just had a look at the ditch and changed his mind a bit. He was just a bit careful after that but I couldn't believe how he came back on the bridle after a peck at the third-last."

"The way he picked up was what impressed me most. He will take loads from that. It's the first time he has raced over fences since he point-to-pointed – it's good to see that there is still a bit of fire in his belly."

Mullins said: "He was brilliant until he made that mistake, it was probably the first ditch he's ever seen! He tried to do what he did over hurdles, which was gallop out through it, but he realises that he can't do that over fences. He measured everything after that rather than jump like he did the early fences but by the time he got to the last Paul was very happy with him."

He added: "He showed a nice turn of foot when he needed to and the engine certainly seemed to be still there when Paul asked him down to the last and after it."

Rich and Susannah Ricci can now look forward to an exciting campaign over fences, with Paddy Power cutting Faugheen to 16-1 from 33-1 for the JLT Novices' Chase at Cheltenham.