Fantastikas wins in style for Imperial Racing ahead of big weekend 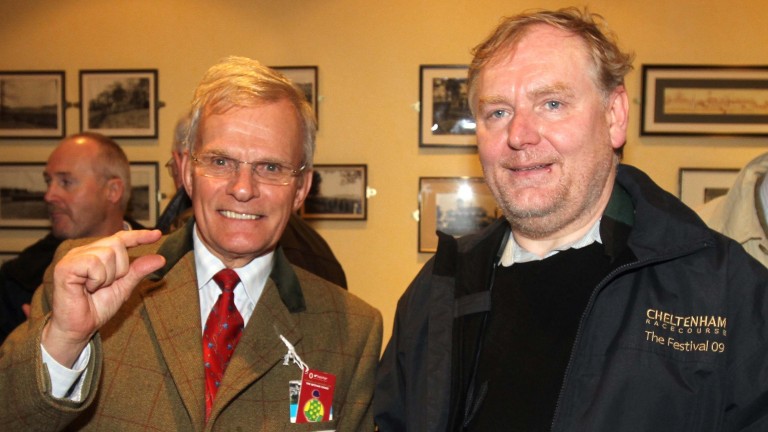 Ian Robinson (right): excited by what he saw from Fantastikas at Lingfield
GROSSICK RACING PHOTOGRAPHY DG1
1 of 1
By Jonathan Harding 6:00PM, NOV 16 2021

Imperial Racing founder Ian Robinson said he "could not have asked for anything more" from Fantastikas after the six-year-old landed the 2m7½f intermediate handicap chase under Sam Twiston-Davies.

Fantastikas never finished outside the top three in five outings over hurdles for Nigel Twiston-Davies and made a winning start on his chase debut when beating Pemberley by seven and a half lengths.

"He was a big baby last year and was running into good horses," said Robinson. "We thought he was on a workable mark today and we couldn't have asked for anything more – it was a great performance.

"I'd imagine we'll take it one step at a time with him but we think he's progressive and will be looking at better contests in time."

The syndicate is set to be represented by Imperial Aura in the Betfair Chase on Saturday, and Robinson added: "We're praying for rain as Haydock seems to be drying out.

"He bled in the Ryanair last time and has had a wind operation. He seems stronger than last season and, while this is a step up, he deserves to take his chance."

The six-year-old, who won by two lengths from Lilith, provided the opening leg of a double for the McNeill family and Adrian Heskin, who combined to win the 2m3½f handicap hurdle with Seddon.

FIRST PUBLISHED 6:00PM, NOV 16 2021
We thought he was on a workable mark today and we couldn't have asked for anything more