Fanshawe says Tylicki's strength will help him in battle ahead

Newmarket in shock at rider's paralysis 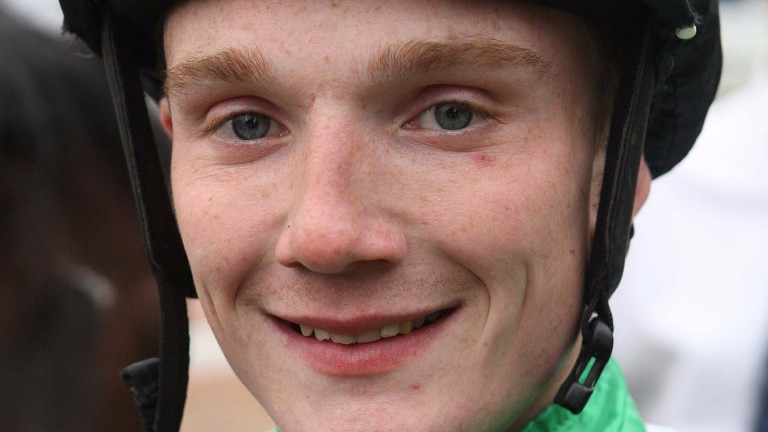 James Fanshawe believes the resilience he has seen in Freddy Tylicki during their three-year association will help the jockey cope with the future as he comes to terms with being paralysed in his lower body after his fall at Kempton.

The trainer led an outpouring of support yesterday as the racing world rallied round Tylicki following the news he had suffered a T7 paralysis, confirmed in a statement by the Injured Jockeys Fund on Friday night.

He said: “You wouldn't meet a nicer fellow but Freddy is tough and underneath the smile there is a steel, and looking forward this will help stand him in good stead.

“He has been with us for three years, riding out twice a week every week and more often on work mornings and has become a great part of the team.

“He had a 25 per cent strike-rate for us in 2015 and this year he established himself as a big-race jockey with two Group 1s and a Group 2. It is so sad as his talent was starting to gain the recognition it deserved.”

Tylicki had suffered another bad fall the year after being crowned champion apprentice in 2009 and missed half the season recovering from his broken shoulder.

Fanshawe added: “He bounced back from that bad fall and made the decision to come to Newmarket.

“At the time he rode a winner for me and owner Steve Parkin coming from last to first at Southwell and he never stopped telling me he was going to be first jockey to me."

Fanshawe also paid tribute to the medical staff at Kempton, adding: “They did an amazing job considering the circumstances.

“The IJF as usual have been most supportive and weeks like this highlight the importance of the charity.”

Charlie Fellowes, a former assistant to Fanshawe, revealed just how big a part Tylicki had played in getting his training career off the ground and how popular he became in Newmarket in a relatively short time after moving south.

“Freddy is one of those amazing guys who I don’t think I have ever seen in a bad mood,” said Fellowes. “He's always incredibly positive and it ran through to everyone he met.

“It’s incredibly sad that his riding career has been cut short – it is devastating that he was about to go the next level and top level as a jockey – but I know someone with his popularity will have people rallying round to support him and me and my yard will be part of that.

“He was crucial to the early stage of my career. Just setting out you need someone who can come in and sit on the horses and give you some direction. I will always be incredibly grateful to him.

“He provided me with the happiest day of my life when riding my first winner from my first runner, Barbary, two years ago.”

Devon trainer Rod Millman, who has given Tylicki the most rides this year, was still emotional and shocked by the news.

“It's terrible, so sad and such a shame. Freddy was always such a pleasure to be around," he said.

“I can’t believe it still and it’s the first time anyone close has been seriously hurt.

"This was the news we were dreading all week and the whole yard is devastated – but he does have great spirit and I'm sure that will see him through.

“This brings home to us how important the IJF is and how the racing community rallies round.

“Freddy rode a couple of horses for us last year, including Dovil’s Duel, a difficult ride, and he rode him to perfection to win and we asked him to ride our horses this year and he won four on Sir Roderic this year.

“It was great to see him having a breakthrough season at the highest level, winning big races in France and seeing his confidence grow. He was a lovely rider of young horses, giving them beautiful introductions to racing.”

Ed de Giles is another trainer with much to thank the rider for and also feels Tylicki's character will help him cope with his future.

"He's a smashing jockey and chap. Freddy is very much a glass half-full rather than half-empty person and that'll help him deal with what he has to deal with."

Freddy Tylicki was never far away from his fellow jockeys' thoughts on Saturday at Doncaster, where George Wood paid tribute to his colleague after landing the November Handicap.

Wood, who as apprentice to James Fanshawe worked closely with Tylicki, said: "I'd like to say a huge thank you to Freddy Tylicki. He's not in a great state at the moment but he's helped me out a huge amount, riding out with him at home and everything, and I wish him a good recovery."

Andrea Atzeni said: “It's very sad news. I know him and his family well and he's a tough guy who has a positive attitude and has lots and lots of friends. I'm looking forward to him coming out and we can go out partying again.”

Paul Hanagan added: “I think I speak for all the lads by saying that the weighing room is a sombre place today.”

Doncaster’s clerk of the course Roderick Duncan said: “It's so sad. Freddy is a great guy who never complained and always had a smile on his face. Whenever you met him it brightened up your day, he's that sort of person. I wish him all the best.”

Dermot Weld, to whom Tylicki was first apprenticed
Freddy is an exceptionally nice person and a very good rider. The thoughts of everyone here at Rosewell House are with him and his family at this sad time.

Richard Fahey, to whom Tylicki was apprenticed when he moved from Ireland
I'm so sorry for him and his family. He's a good fella and has always been very dedicated to being a jockey. He has always been a grafter and was getting his reward this year.

Jack Berry, IJF fundraiser
It is desperate news. He's such a nice chap but I'm sure that the Injured Jockeys Fund will look after him well.

FIRST PUBLISHED 5:17PM, NOV 5 2016
You wouldn't meet a nicer fellow but Freddy is tough and underneath the smile there is a steel, and this will stand him in good stead