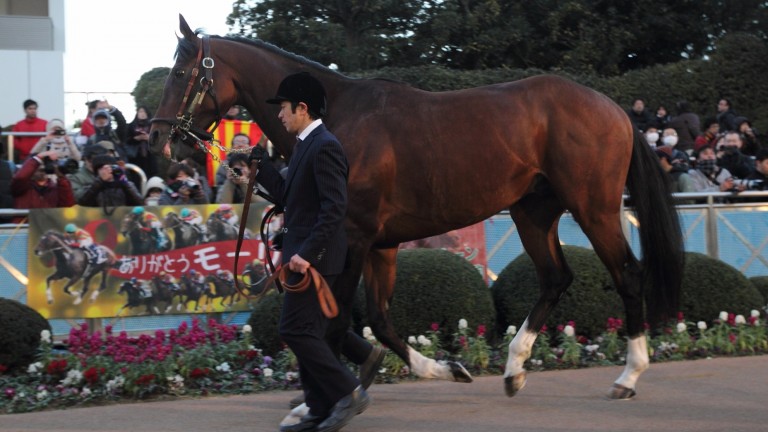 Japanese racing fans on Sunday bid a fond farewell to six-time Group 1 winner Maurice, who was treated to a retirement ceremony at Nakayama racecourse.

Maurice, who was crowned the Japanese Racing Assocation Horse of The Year in 2015, signed off on the track last month with a scintillating victory under Ryan Moore in the Longines Hong Kong Cup. But owner Ms. Kazumi Yoshida wanted to give Japanese racegoers the opportunity to see one of their favourite sons before he was whisked away to stud, so a retirement ceremony was organised, with 30 lucky racegoers given the chance to pose for pictures and stroke the horse. 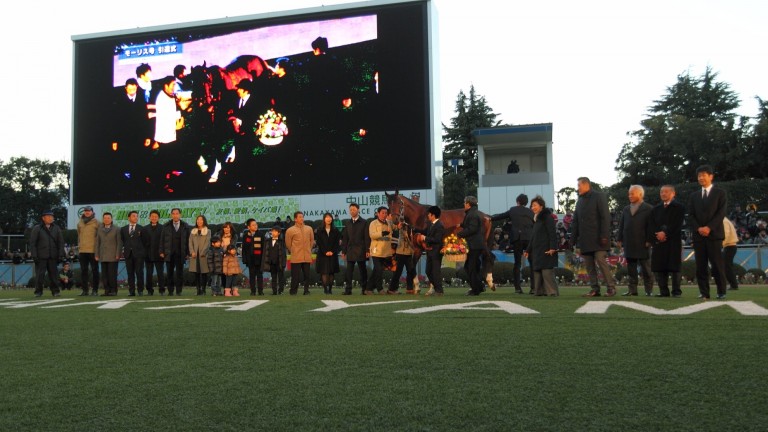 Yoshida said: "Maurice has both of lots of sense and intelligence. I look forward to seeing his children who will be similar to him."

'Magic man' Joao Moreira, who steered Maurice to victory in the Group 1 Champions Mile in May, said: "Maurice is a special horse for me. He is a wonderful, gentle horse who showed his best every race. I am sure that his excellent DNA will be passed on to the next generation."

Trained by Noriyuki Hori, Maurice claimed Group 1 wins in the Yasuda Kinen and the Mile Championship in Japan in 2015 before announcing himself to a wider audience by triumphing in the Hong Kong Mile at Sha Tin. It was at the same meeting in 2016 that Maurice produced arguably his best ever performance when, stepped up to ten furlongs, he delivered a devastating burst of speed to win the Hong Kong Cup.

FIRST PUBLISHED 9:53AM, JAN 16 2017
Maurice is a special horse for me. He is a wonderful, gentle horse who showed his best every race