False start: top jockeys at Doncaster for start of season but title talk on hold 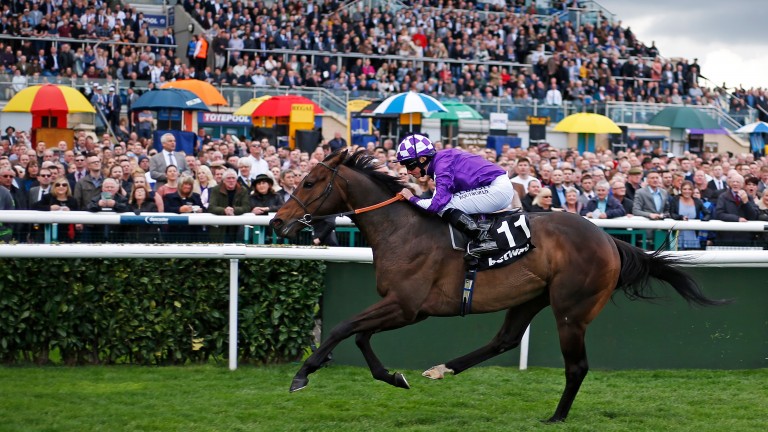 Packed in for the first race of last year's turf season at Doncaster as Tupi and Ryan Moore wins the Cammidge Trophy
Alan Crowhurst
1 of 1
By Bruce Jackson 7:19PM, MAR 24 2018

A week ago there was a chance Doncaster would resemble St Moritz, with snow covering Town Moor in advance of the Flat turf season.

Thankfully, the new campaign will begin in all its greenery, albeit on soft ground, but with the continuing conundrum of when does a title-chasing jockey's win count for nothing?

That remains the situation on Saturday, and for the next six weeks, as the Stobart-backed jockeys' championship does not start until May 5 with the Guineas meeting at Newmarket.

It is a situation that frustrates Doncaster's owners Arena Racing Company, which still anticipates the turf season being given a rousing start in South Yorkshire in front of the ITV4 cameras.

Martin Cruddace, Arc's chief executive, said pointedly: “Everyone knows the turf season starts with the Lincoln at Doncaster and it’s great we’re kicking off this season with a full field and a new sponsor in 32Red.

"With many of the top jockeys riding we'd have liked the jockeys’ championship to commence on Lincoln day, but it was the decision of Great British Racing to start at the Guineas."

While winners at Doncaster, along with all other turf fixtures until May 5, count for nothing as far as the jockeys' title is concerned, William Hill priced up the race as a handicap to coincide with the Flat season kicking off. They go 14-1 the field, with reigning champion Silvestre De Sousa off scratch.

Roderick Duncan, Doncaster's clerk of the course, reported a drying day on Friday, although a millimetre or two of rain is forecast overnight and expected to cancel out any drying of the soft ground.

"Everyone is looking forward to the start of the season and we have strong fields both tomorrow and Sunday, and South Yorkshire always looks forward to starting the turf season with a party," he said.

FIRST PUBLISHED 1:47PM, MAR 23 2018
Everyone knows the turf season starts with the Lincoln at Doncaster and it’s great we’re kicking off with a full field and a new sponsor in 32Red