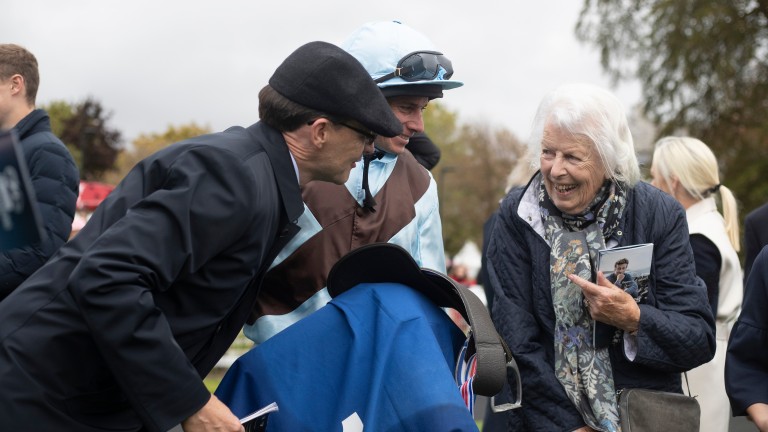 This Irish Champions Weekend was one to remember for Team Ballydoyle but success in the Group 1 Flying Five Stakes with Evie Stockwell's Fairyland was a particularly special one.

Stockwell, mother of Coolmore supremo John Magnier, has an unrivalled appetite for her racing and breeding.

Surrounded by her family and Aidan O'Brien, the 94-year-old savoured the coronation of her latest star Fairyland, who was made to work hardest by stablemate So Perfect in Ireland’s only five-furlong Group 1.

Just a short head separated Fairyland and So Perfect at the winning line, with O’Brien suggesting both fillies could take in the Prix de l'Abbaye at Longchamp next. 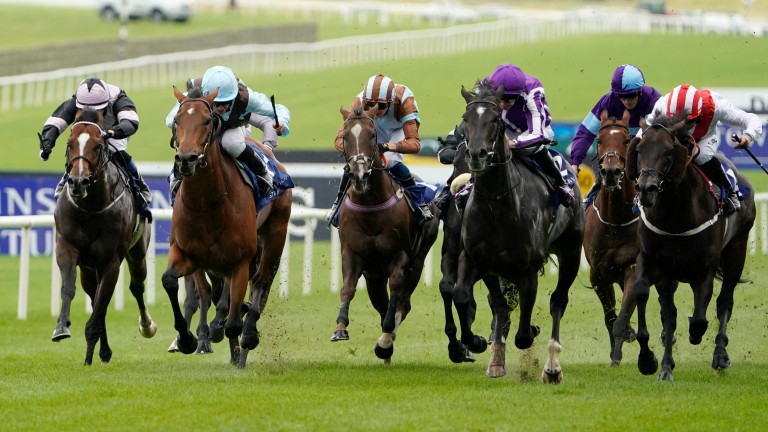 O’Brien said: "Her best run of the year was back at five [furlongs] in the King’s Stand Stakes.

"You’d be delighted with both of them. I’d imagine the two of them will go to the Abbaye.

"The ground was a bit soft for Fairyland last week at Haydock but she ran very well there. We’re delighted with them. The two of them ran stormers.”

Bred by Stockwell’s daughter Anne O’Callaghan and her husband Tony at their Tally-Ho Stud in County Westmeath, Fairyland fetched 925,000gns at the sales.

The buyer? A certain MV Magnier, grandson of Stockwell, signed for Fairyland, a purchase described as “brave” by the owner afterwards.

Asked whether Fairyland would stay in training next year, Stockwell replied: “No, no, she’s going to Galileo.”

Such a match-up would make sense given her pedigree. Out of a half-sister to Dream Ahead and now a dual Group 1 winner, Fairyland is worth her weight in gold at stud.

Fairyland and So Perfect had more than a length to spare over Invincible Army, who returned to form to finish third.

However, the well-backed Soffia, sent off 13-8 favourite, was caught on the heels of the leaders over a furlong out and couldn’t quite eat into the lead once out in the clear. She finished fifth.