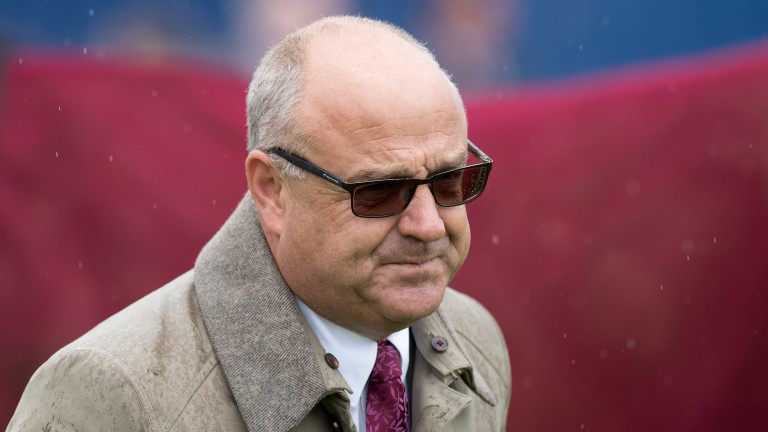 Although not as prestigious as its Gold counterpart, the Ayr Silver Cup always attracts just as competitive a field and consistently provides an intriguing support act to the main event.

After severe waterlogging wreaked havoc on the Western meeting last year, putting paid to all three days, the Silver Cup returns after a year's hiatus - the Gold Cup was restaged at Haydock last September but the Silver Cup was not.

The race provides an opportunity for horses who have failed to qualify for the Ayr Gold Cup to scoop a nice pot for connections, and luck in-running will certainly be required with 25 runners set to do battle on a testing surface.

As we have grown accustomed to seeing in competitive northern sprint handicaps in recent years, Richard Fahey again has a very strong hand.

He saddled the first two home in the race in 2015 courtesy of Tatlisu and George Bowen, and runs four in his bid for further glory.

His quartet includes Bengali Boys, who has shown an aptitude for a testing surface previously, bolting up by six lengths on soft ground in the Weatherbys Super Sprint Stakes at Newbury last year.

Fahey said: "He's had a light season and loves slow ground. Ideally we'd have preferred it if he'd made the cut for the Ayr Gold Cup because he has a big weight here, which will be tough to carry on this going." 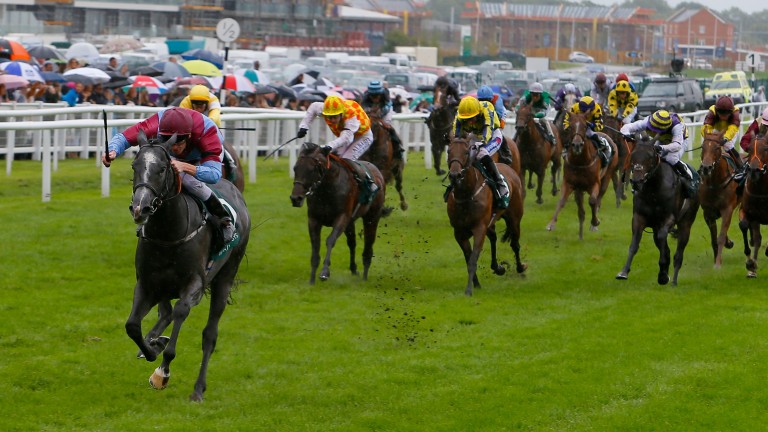 Bengali Boys: dominant winner of the Super Sprint last season
Mark Cranham
The trainer added: "Gabrial The Saint doesn't mind soft ground so this looks a good race for him. Powerallied is also owned by Marwan Koukash and ran well at Doncaster previously, although he'd probably need a career best to get involved here.

"Private Matter will love the ground and ran okay previously, so we're happy for him to take his chance."

O'Meara pair in the mix

David O'Meara is another trainer to keep on the right side of in such contests and fires two bullets at the Silver Cup, with both prominent in the market.

However, if the higher-drawn runners are at an advantage on the day then life will be tough for his duo Al Qahwa (drawn 4) and Cold Stare (2).

Conor McGovern claims 3lb on Al Qahwa, who is back on the track quickly after shaping with distinct promise when sixth at the Curragh last weekend.

O'Meara said: "Al Qahwa races lazily and needs to jump better. He flew home on Sunday from too far back. If he break on terms he should definitely go close."

David O'Meara: has two strong representatives in the Silver Cup
Martin Lynch (racingpost.com/photos)
David Nolan had not ridden Cold Stare before his success at Haydock last month on soft ground and maintains the partnership here.

O'Meara hopes he will be able get a good tune out of the son of Intense Focus again, and said: "David gave him a good ride at Haydock last time out to win nicely. He travels well in his races and the ground will certainly be to his liking."

Michael Dods, trainer of Holmeswood, Dakota Gold and Wahoo
I'm slightly concerned with the draw of all of our runners as they are all drawn together up the stands' rail. They could all head to the middle. Holmeswood is probably somewhere between a five-furlong horse and a six-furlong horse and I'm not sure if he'd want extreme ground. The ground should be okay for Dakota Gold. Wahoo disappointed us a bit last time but should have more to give.

David Easterby, assistant trainer to Mick Easterby, trainer of Rapid Applause and Quick Look
Rapid Applause won two races at the start of the year and has demonstrated that he wants a bit of cut. He was a cheap purchase and has been a bit of a success story, although we were hoping that he would get into the Ayr Gold Cup. His form at Haydock on his last start was franked with the second home [Confessional] winning since so we go into the race with confidence. Everything went right for Quick Look last time and we've booked Scott McCullagh to take 7lb off his back, which should help in this field.

Roger Fell, trainer of Presidential
He's in really good form but hasn't raced on anything like this before. He is by Invincible Spirit though, and his progeny can often handle cut in the ground so I'm hopeful of a good performance.

FIRST PUBLISHED 6:00PM, SEP 21 2018
Ideally we'd prefer if he qualified for the Ayr Gold Cup because he has a big weight here which will be tough to carry on this going