Galway Festival best of the rest 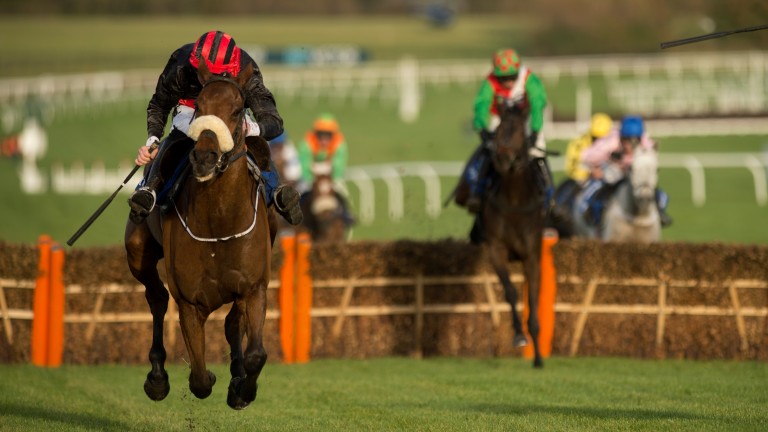 Peregrine Run: won at Cheltenham and is aiming for a second Grade 2
Edward Whitaker
1 of 1
By David Jennings 7:01PM, AUG 2 2017

We are only just into August and eight long months away from the Cheltenham Festival, so the Grade 3 novice chase (2.15) is a most pleasant surprise for hardcore jump racing fans.

Don't Touch It was a winner of a hot handicap chase at the Punchestown festival and brings a mark of 150 to the table, while Townshend is chasing three wins on the trot having scored from the front at Punchestown and Roscommon.

Townshend has also got one over Peregrine Run, seeing him off at Roscommon in early June, but since then Peter Fahey's charge has been flawless in winning twice at Wexford. Revenge could be on the menu.

Fahey said: "Peregrine Run has been really progressive since we sent him over fences. I was thrilled with his first run at Roscommon and he's kept on improving.

"It's a very hot race but I still expect him to be in the thick of things and I'd be disappointed if he wasn't in the first three. He's in great nick."

Also reported in great nick by Henry de Bromhead is Our Dougal, an all-the-way winner on his most recent outing over fences at Killarney.

The trainer said: "Everybody knows it's a very competitive race but Our Dougal is a very straightforward horse who won nicely at Killarney and I've been delighted with him since. He should give a really good account of himself."

Condon doing yet another rain dance

Ken Condon prayed for rain for his mud-loving Success Days before the Sky Bet York Stakes last weekend and he wants the heavens to open once again for his Listed Corrib Fillies' Stakes (3.25) runner Elusive Beauty, who will relish any downpour.

She is already a winner at Listed level this season after scoring at Carlisle in June and Condon is getting more and more confident with every drop of rain.

"The softer the ground the better her chance," said the trainer. "She copes with testing ground very well and I think a race like this will be right up her street.

"She tries very hard and will relish the uphill climb to the line. She will tuck in and hopefully the gaps will open."

The highest-rated runner in the race is Raymonda – and how trainer Dermot Weld would love a big winner this week – while Jessica Harrington has a strong hand thanks to recent Killarney winner Drumfad Bay and I'm So Fancy.

The Mee family have enjoyed a wonderful week so far and course specialist Camlann is out to continue their hot streak.

Camlann is due to make his seventh appearance at Galway in the 1m4f handicap (5.15) and trainer Shark Hanlon says he has been primed for his return to his happiest hunting ground.

Hanlon said: "Camlann couldn't be better and goes to Galway in great form. I'm hoping he'll be hard to beat."