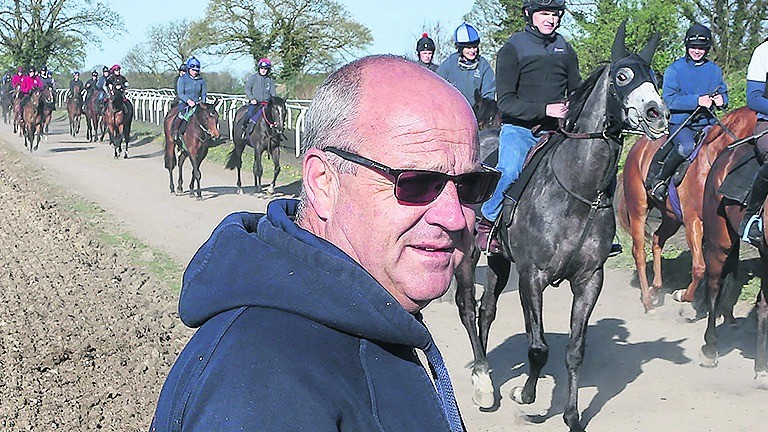 Bookmakers offered a variety of 'specials' when it was highlighted that Richard Fahey would have a whopping 32 runners across five meetings.

However, while it was not a bad day by any means for the Musley Bank maestro, punters who took Sky Bet's 5-4 about four winners or more ended the day disappointed.

There were 16 runners still to come when Megan Lily gave Fahey his third winner of the afternoon, following Navarone and Starlight Romance, and at that stage a fourth winner – and quite probably a fifth and a sixth – would have been odds-on.

However, reverse after reverse followed, none more agonising than that of Greenview Paradise – Fahey's final runner – who was beaten a whisker in the last at Beverley after a ding-dong battle.

Fahey watched it all from home, reasoning it was the only way he could keep track, and admitted it had been a frustrating afternoon.

"They ran well and I think we had 14 placed, but it's all about winning and any afternoon when you have eight seconds and only three winners is bound to be frustrating, especially as some of them were beaten short heads and heads and so on," he said.

"At least they are healthy though."

Quite, and you wouldn't bet against him breaking his personal best of 32 runners in a single day. Wonder what price Sky Bet would go about that? 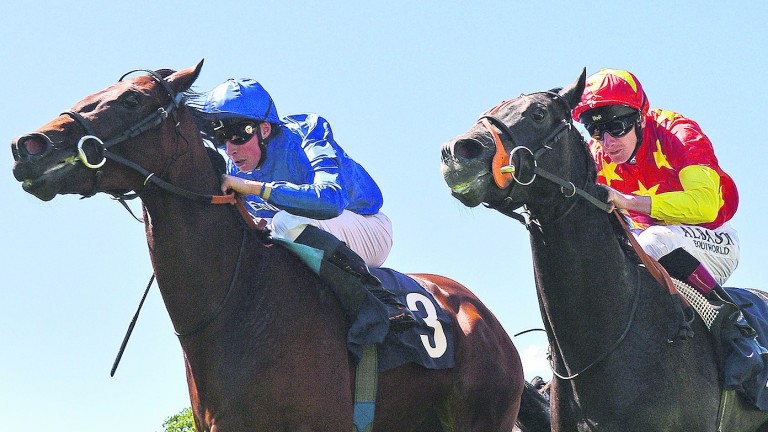 There was a welcome tonic for Godolphin at the end of a torrid week in which chief executive John Ferguson resigned, in the wake of an interview given by Saeed Bin Suroor to the Racing Post, as their runners in the first four races at Newmarket all won. The cumulative odds were 377-1.

Two-year-old colts Glorious Journey and Folk Tale won the two divisions of the 6f novice, Parfait landed what looked like a wide-open 7f handicap for three-year-olds by a ridiculous seven lengths, and then lightly raced Wokingham entry Culturati overcame an absence of 610 days to take the 6f handicap.

It was especially good news for Charlie Appleby and William Buick, the partnership responsible for all bar Parfait, and it underlined the enormous value to the organisation of Dubai Millennium's outstanding son Dubawi, who sired all except Parfait and whose stud career has been such a sensation that his fee has risen to £250,000.

Mind you, it was not a good day for everyone at Godolphin. Whereas Appleby's juveniles are carrying all before them, Bin Suroor has yet to have a two-year-old runner this year, their late arrival and general lack of readiness having been among the issues highlighted in the interview that set the cat among the pigeons.

With 26 winners from 89 runners this year Bin Suroor is operating at a very good strike-rate, but he had only one runner all day – Haydock handicap fourth High Waves – and lacks a leading candidate in the main events at Royal Ascot.

Beverley is a good test for a juvenile and the Brian Yeardley Continental Two-year-Old Trophy often goes to a smart one, the evergreen Gabrial having scored in 2011, Solario winner First Selection in 2015, and subsequent Norfolk hero Prince Of Lir 12 months ago.

Cardsharp paid a compliment to Coventry-bound De Bruyne Horse by making all, but while he too will get a Royal Ascot entry he appeared to appreciate the return to five furlongs and looks more a Windsor Castle or Norfolk type.

The brilliant Attraction is among the past winners of the fillies' equivalent, the Hilary Needler, and debutante Chica La Habana overcame a slow start and inexperience to come late for a winning debut for the Cool Silk Partnership, whose Prince Of Lir was also making his debut when winning 12 months ago. Connections are undecided about Royal Ascot, but she would merit respect there.

Apprentice Lee in it to win it

Competition for the Stobart Apprentice Jockeys' Championship is much fiercer than for the championship itself – because this is one title everyone wants to win.

It's early days but you could throw a blanket over the top half a dozen – and you would not want to be ruling out the next five or six either.

Clifford Lee has made no secret of his title ambitions and nosed back ahead of Hollie Doyle with an easy Haydock handicap win on Mjjack for boss Karl Burke, who taught him a valuable lesson last summer when he jocked him off a fancied runner because of his tardiness.

Lee will face plenty of pressure from the likes of David Egan and Rossa Ryan, but he still claims 5lb and is very much on a roll as Mjjack was his eighth winner in the last fortnight.

The two Group 3 races at Haydock made for rather low-key highlights to a mid-summer Saturday. The former David Simcock-trained French challenger Bateel was a worthy winner of the Pinnacle Stakes and Absolutely So was hardly scoring out of turn in the John of Gaunt, but soft ground was a significant factor in both races and it will be surprising if either is a major player in such races through the remaining summer months.