Sunday Action ONES TO WATCH

Expert eyecatchers: Sunday runners who catch the eye of our analysts 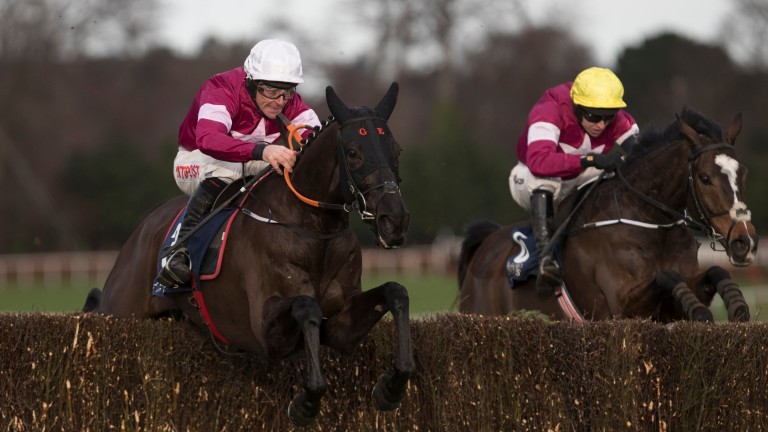 Racing Post analysts select an eyecatcher after every meeting and here wehighlightthree of Sunday's runners who have been put up as horses to watch.

Emerged with great credit on just his second outing over fences.

Would have finished closer to Delta Work last time had he not blundered at the last, and he is already a far better chaser than he was hurdler. He remains open to progress on his third chase start.

The slight step back in trip could help him, but this looks an even stronger race than last time with La Bague Au Roi, Winter Escape and Hardline all joining Delta Work in opposition.

Ran well behind an unexposed rival.

Consistent sort who ran well on his first start on this unique surface, finishing second to an unexposed rival who looked a cut above this level.

Has remained on the same mark, is suited by Fibresand and the step up in trip is not a problem.

One to keep an eye on as this was his first outing since finishing sixth in the 2017 Irish National, and he wasn't given a hard time.

Noble Endeavor was beaten 41 lengths by Walk In The Mill when reappearing in the Becher Chase, where he showed up well before fading from three out.

This Grade 1 looks too tough but it could act as a stepping stone towards the Grand National.