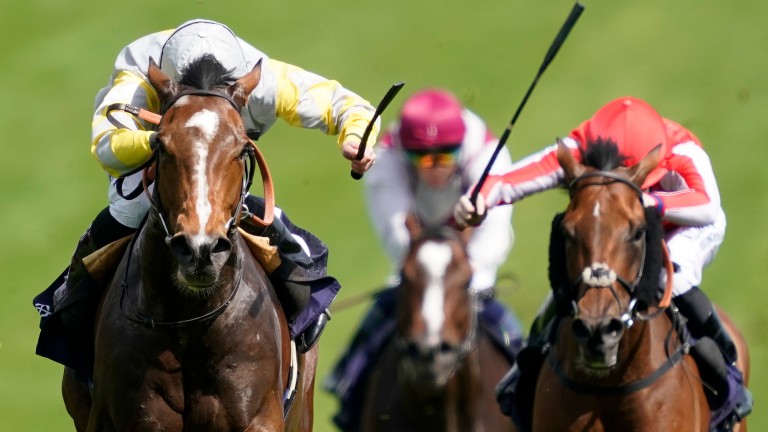 The last seven favourites have been successful in this race but it’s hard to find one piece of form that entitles Mohaather to head the market.

His best effort was achieved over seven furlongs at Newbury when winning the Greenham in April last year, but even that puts him 2lb behind the best of these judged on Racing Post Ratings and his last two runs when beaten in Group 1s at Ascot will need improving on.

It’s perfectly plausible that he is better than the bare form of his seventh behind Circus Maximus in the Queen Anne last time though. The Marcus Tregoning-trained colt travelled strongly in rear but couldn’t find room to deliver a challenge and finished with running left.

However, the fact he traded at no shorter than 7.6 in the run (SP 6-1) on Betfair is an indication that in-running punters didn’t see him as a likely winner and it’s questionable to what extent he was unlucky. The first two were three lengths clear of the remainder.

Marie’s Diamond finished four places ahead of Mohaather that day and is expected to be a significantly bigger price, despite looking likely to enjoy a tactical advantage.

The majority of these runners prefer to be held up and Marie’s Diamond is the only confirmed front-runner. An easy lead looks in the offing and Joe Fanning is one of the best from the front. He also has an inside draw in stall two.

The only worry is it can be notoriously difficult to make all over the round mile at Ascot, so the jockey will need to judge it to perfection if he is to ride these rivals to sleep.

The two best pieces of form in the race come from Lord Glitters and Zaaki, who would probably be good enough to win this if he could reproduce his nose second to Beat The Bank in last year’s contest.

Sir Michael Stoute appears to have teed Zaaki up for another tilt after a good third in the Diomed at Newbury on his return and that recent run might give him the edge over the reappearing Lord Glitters, who may prefer further nowadays.

Richard Hannon, trainer of Beat Le Bon and Urban Icon
Beat Le Bon has a blistering turn of foot and likes to be held up so Pat Dobbs will be hoping to employ similar tactics here and he has a great record fresh. We've given him a couple of away days so he's ready to go and this looks an ideal opportunity to get his season started. He doesn't want it soft though. Urban Icon was a touch unlucky at Windsor last time but showed he was coming back to himself and we've kept him nice and fresh. He wouldn't want the ground too soft but I'm happy with him and he could go well at decent odds.

David Simcock, trainer of Bless Him
It's been long enough between drinks for him, he's a horse that probably wants his races slightly closer together. We'll stay down the Pattern route but this looks tough and the likelihood is he'll keep improving the more he races. 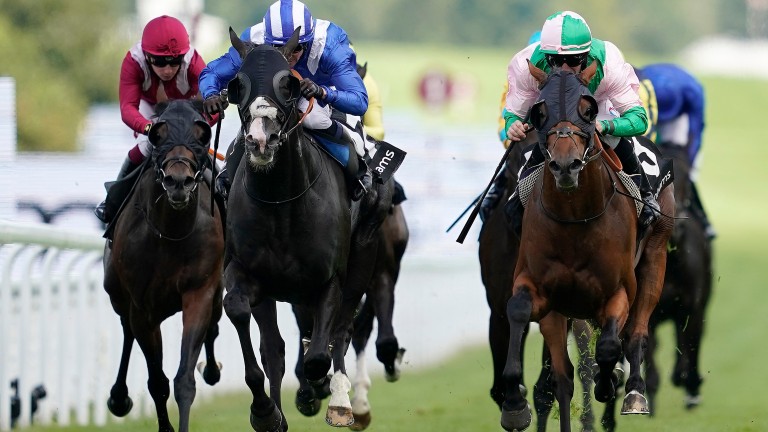 Duke Of Hazzard (right): ran up a fine sequence last season including a pair of Group-race wins at Goodwood
Getty Images

Oliver Cole, joint-trainer of Duke Of Hazzard
Nothing came from the back at Ascot and they went no pace. He's in good form and he’s clearly very talented. He’s come on from the last race and worked very well a couple of days ago. We couldn’t be happier with him.

David O'Meara, trainer of Lord Glitters
He had a little hold up in the spring with a splint that was irritating him but he’s got over that and been in good form.

John Gosden, trainer of Lord Tennyson
He got no type of run in the Royal Hunt Cup – he had no daylight at all. He could do with the ground drying out a bit.

Mike Prince of Middleham Park Racing, owners of Marie's Diamond
He had an easy week after Ascot and he’s come out of the race fine so we’re raring to go. We had him in the July Cup – it was a last minute decision and the rain they had at Newmarket just tipped us in favour of Ascot. Hopefully they’ll miss the rain and it might even dry up a touch on Saturday.

Marcus Tregoning, trainer of Mohaather
He was in very good form before Ascot and we were very confident he would run well. I think the same applies and I’m not worried about the ground. I’m very happy with him and it's a very solid race for a Group 2. He’s got a good change of gear and hopefully it will work out this time.

Roger Varian, trainer of San Donato
San Donato has trained well for the past few weeks and it's been frustrating not to get him onto the track since the French Guineas last year. It looks as if he's retained all his ability and hopefully he can run a nice comeback.

William Haggas, trainer of Skardu
Nothing got into the Queen Anne from behind, it was one of those races. It was his first race of the season and I’d hoped he would run better than that but he wasn’t as unfortunate as Mohaather. James [Doyle] said he never had a crack at him at all so hopefully he’ll run better from a good draw. He might just be better on a straight track but we’ll find out.

FIRST PUBLISHED 6:00PM, JUL 10 2020
I’m very happy with him and it's a very solid race for a Group 2. He’s got a good change of gear and hopefully it will work out this time