Expert analysis and big quotes on a red-hot Wincanton handicap 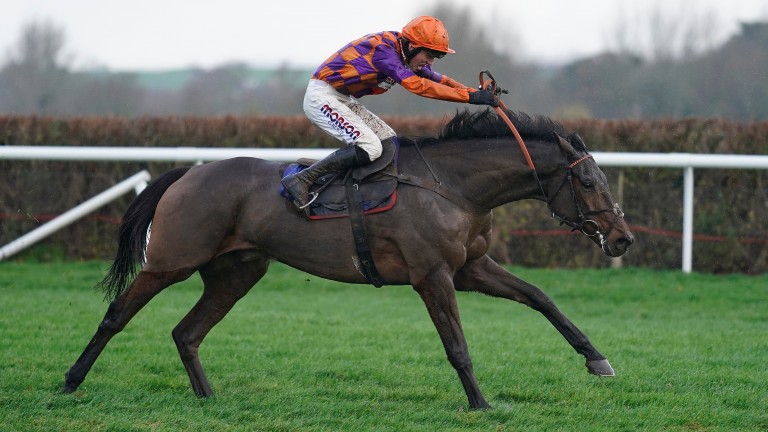 The eye is immediately drawn to Elan De Balme in this race. David Pipe has a stronger tendency to send his French recruits straight into handicaps and this horse already has black type, having been second in a Listed chase at Nantes in October.

There are enough reasons to let the market guide punters where he is concerned. A mark of 126 is not an obvious giveaway on form – a positive reading of his Nantes run could take him to about 130. He is up in trip having travelled best that day and, crucially, this is a competitive starting point.

You could make a convincing case for well over half the field. Worthy Farm is likely to be popular following his course-and-distance win on Boxing Day, with the credit for that ascribed to blinkers. Wandrin Star also has winning course form this season and is just 3lb higher now.

Under certain conditions, there would be a lot of interest in Pop Rockstar and Moving In Style. There is some concern over whether the trip is too far for the former, while the latter may ultimately prove best suited an even greater test. Personally, I like Moving In Style's form so much that I would be tempted even so. 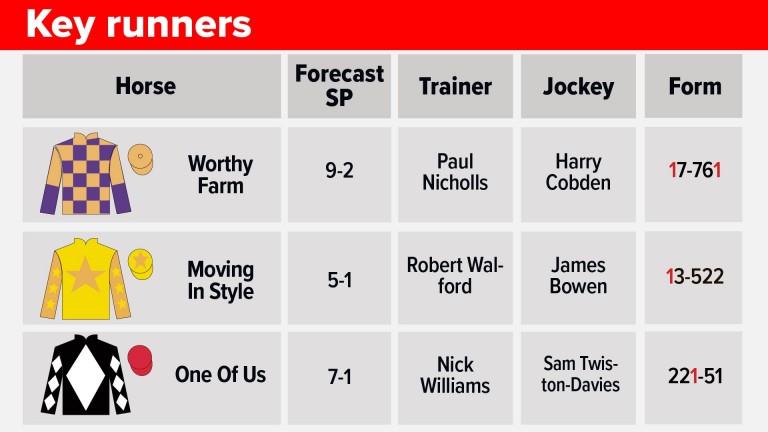 The one that caught the eye most notably last time was Darlac in the Classic Chase. He was stepping up a long way in trip that day and pulled hard, but made a big move into the race from the rear.

His earlier efforts were starting to tell when he fell four out, but it certainly seems generous to drop him 2lb and a lesser test of stamina ought to play to his strengths. He is not a demonstrable stayer at this trip, but Wincanton is a good place to take stamina on trust.

Jockey Jonjo O’Neill jnr is a rider to follow at the Somerset circuit as he boasts a strike-rate of 31 per cent. He partners Pop Rockstar for his father in the race.

Unsurprisingly, given that it is his local course, Paul Nicholls is the leading trainer at the track with a 34 per cent strike-rate over the last five seasons. He saddles Worthy Farm here.

Kim Bailey, trainer of Wandrin Star
He won at the course in October but that was on good ground, which I think he prefers. He's had a nice little break and this is the beginning of his spring campaign.

Tom Lacey, trainer of Coningsby
He was in the void race at Sandown last month but the trip may have been a bridge too far with him. He seems in great order at home but needs a good gallop so, hopefully, something will take them along and that'll suit him. 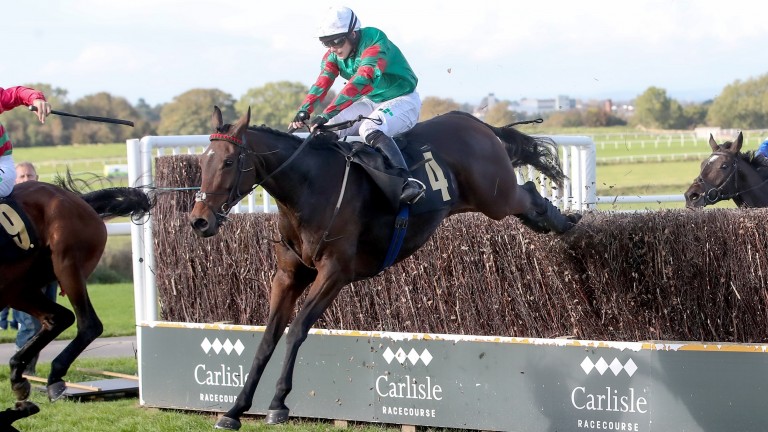 Pop Rockstar: has "an each-way chance" according to Jonjo O'Neill
John Grossick (racingpost.com/photos)

Jonjo O’Neill, trainer of Pop Rockstar
He's come out of the Welsh National in good shape and has been working well. It looks a very open and competitive race but I'd like to think he's got an each-way chance.

Philip Hobbs, trainer of Reikers Island
He's won at the course in the past and seems in good form. He's not proven on ground as soft as it's likely to be, so any drying out will probably be to his advantage.

Joe Tizzard, assistant to Colin Tizzard, trainer of Darlac
He wasn't completely out of it before falling at Warwick last time and has schooled well since. The course and distance should suit and he has his chance in a pretty wide-open handicap.

Paul Nicholls, trainer of Worthy Farm
The fitting of blinkers made the difference with him last time as he'd been racing quite lazily. They focused his mind and woke him up a bit. He'll be sporting the same headgear so hopefully it'll have the same effect.

David Pipe, trainer of Elan De Balme
He's schooled well ahead of his first run for the yard. In France his form is over shorter so this is a step up in trip. This represents a bit of a toe in the water so we'll have a better idea of where we stand with him after this race.

Robert Walford, trainer of Moving In Style
He's consistent without winning but should run well again as he's been in great heart at home. He has a nice racing weight but it’s a decent race for a midweek card so I'll be happy if he's placed again.

FIRST PUBLISHED 6:40PM, JAN 29 2020
The fitting of blinkers made the difference when he won over course and distance as he had been racing quite lazily and they focused his mind