Expect the unexpected in traditional seaside show on south coast 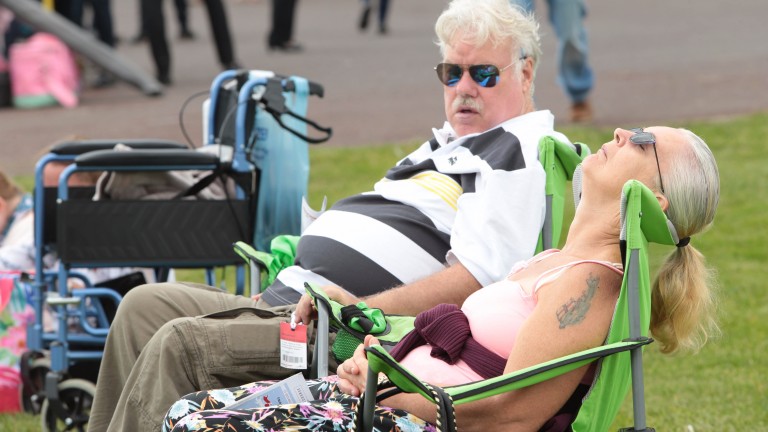 Brighton Festival scene: racegoers make the most of the sunshine before the rain set in
Bob Dodds
1 of 1
8:00PM, AUG 9 2017

After five days of Goodwood glitz across the county border last week, Bruce Jackson headed to Brighton to contrast and delight in the East Sussex track's big meeting of the year . . .

Goodwood might do everything bigger and better but Brighton rarely lags behind in drama and the unexpected.

Even the rain is more plentiful at Goodwood. They got 50mm there over the week. Brighton couldn't raise 5mm. But here they can at least survive a day without the catering manager, whose wife had inopportunely given birth on Tuesday.

The Hobgoblin Brighton Mile earned Lord Clenaghcastle's connections £12,450, which was a grand less than Lancaster Bomber picked up for finishing sixth in the Sussex Stakes.

It was just as well for poor Hector Crouch that Brighton could not offer a seven-figure purse, as a slip on Opera Buffa ruled him out of riding Gary Moore's big-race winner 30 minutes later. 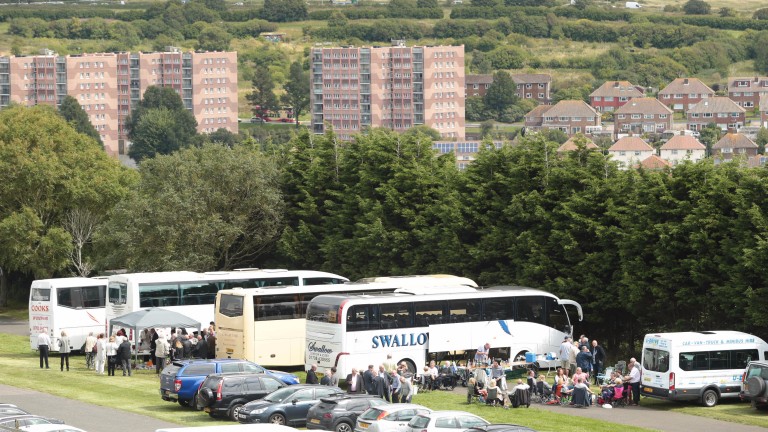 Bus loads of racegoers soak up the sun on the south coast
Bob Dobbs
Brighton could still claim some top-class backing through a new local sponsor revealed by the big red and white banner proclaiming Marathonbet, who chose this year's festival to start extolling their online betting site.

This brought the Arc-owned track into an upmarket sponsorship portfolio of the Hove-based betting firm that includes Manchester United, Malaga and Dynamo Kiev.

Dan Towse, head of brand on behalf of Marathonbet, still looked at home as the rain descended, whipping out a branded white poncho.

There were plenty more where that came from and on a wet day few accessories were more must-have than Marathonbet's ponchos, which will be followed by flip-flops on Thursday to mark ladies' day. If the firm's powers of prediction are as strong in the book, their punters are in for a rough time. 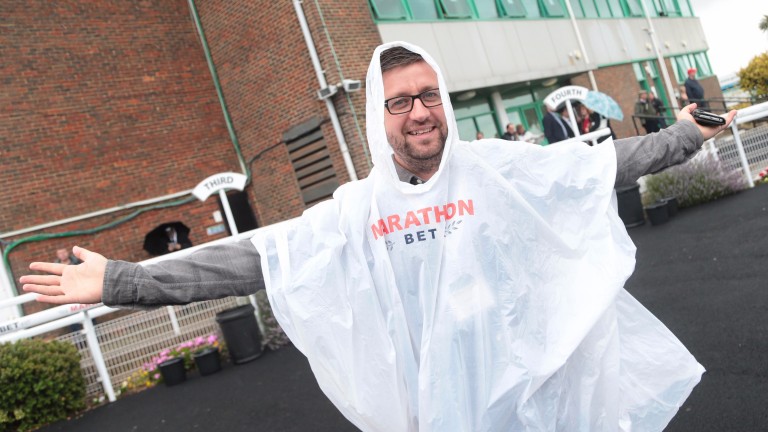 Dan Towse from Marathonbet is braced for rain at Brighton
Nigel Bowles
The down-at-heel theme will continue on Thursday in more ways than one, as there will be a race rejoicing in the name Racey Mcrace Marathonbet maiden, to add to the theme started by the Boaty McBoatface saga.

"That's the result of our social media campaign where we offered the prize of naming one of our races," added Towse, who was disappointed the winner, who hails from Sunderland with family in Brighton, could not make Thursday's race presentation.

He did not have much of an excuse, as a quick poll in Brighton's grandstand revealed holidaymakers taking in a day at the races from around the coasts from Newcastle and Liverpool to Southend and Cardigan in Wales.

First-race owner and first-time visitor John Cassidy, from Liverpool, was won over after the success of his Haveoneyerself as he took his family to celebrate.

"Hopefully we will be back for a few more winners," said Cassidy while the sun was still visible. "We're only here for a couple of days but are making the most of it."

A three-day meeting takes a bit of getting here but, naturally, Marathonbet are in it for the long haul, with many more marketing gimmicks, including free tickets given away to arriving racegoers rain or shine.

One regular face missing on the first day was trainer Tony Carroll, but he was still represented, albeit without success.

It takes a lot to keep the Worcestershire trainer away from the festival and it would be fair to say he had good reason this time.

While his reluctant Admirable Art was kicking his punters in the pocket with a mulish display in the Brighton Mile, owner Dudley Morgan revealed the seven-year-old had done far worse to Carroll.

The trainer had returned home from hospital only in the morning to recover from a badly broken leg – inflicted by Admirable Art.