Storm Brian may have momentarily halted the championship battle between Colin Keane and Pat Smullen on Saturday with Fairyhouse's Flat fixture postponed because of high winds, but the title race resumes on Tuesday as both riders head to the Ratoath course with eight rides apiece.

The €25,000 6f fillies' handicap has a different complexion to when it was initially conceived, with the weights rising 15lb from the original declarations. But the championship leaders are at the head of affairs, with Keane set to partner recent Navan runner-up Accalia and Pat Smullen booked for Curragh maiden winner Kailee.

Trainer John Hayden said of Accalia: "If the topweight stayed in Accalia would have been on 8st 9lb, which would have suited us better – we were also drawn in stall one initially and now we're in stall 11. Nevertheless, I still think there's a day in her."

He added: "She ran a good race last time, something she hadn't done for a while. Hopefully the ground won't be that bottomless and if she sees out six furlongs on the testing going she won't be far away."

Bill Farrell, trainer of the Smullen's mount Kailee, expressed concerns about the surface for his three-year-old handicap debutante but expects her to benefit from the experience. 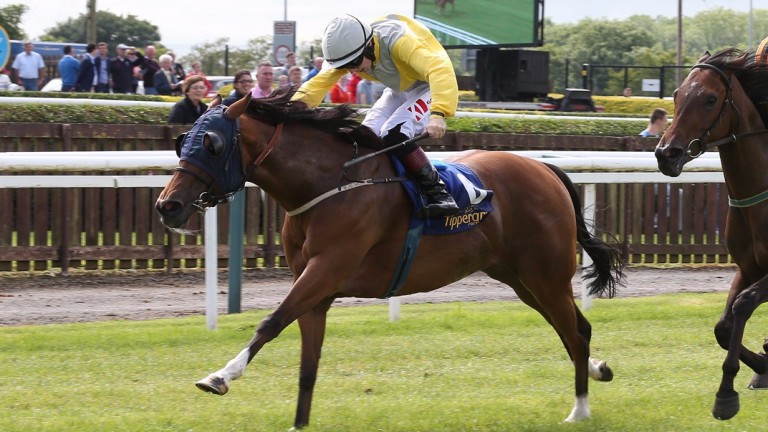 TIPPERARY SAT 9 JULY 2016 PICTURE: CAROLINE NORRIS SARAH ASH CALUM RIDDEN BY GARY CARROLL, ORANGE AND BLACK, GETTING UP TO BEAT ACCALIA AND COLIN KEANE IN THE CLOSING STAGES OF THE DOWNLOAD THE AWARD WINNING AT THE RACES APP MAIDEN
CAROLINE NORRIS

He said: "We're all in the same boat with the ground being so testing and we won't know how Kailee will operate on it until afterwards, but she seems well following her break.

"We wanted to give her a run before the end of the year but you'd always be worried about a three-year-old running in her first handicap" he added. "Pat knows her well and she has a better draw than last time. She's a work in progress and this will be a big learning curve."

Willie McCreery is represented by four-year-old Acclamation filly Enjoy Life, who performed with plenty of credit over two furlongs further than this trip in a competitive handicap on her most recent outing.

The Kildare trainer said: "She was drawn better last time before the meeting was rescheduled – we were in stall five and now we're in 10 of 11."

He explained: "The weights going up won't have bothered her, being a big, strong mare, and she won't mind that softer ground. She ran well at Limerick last time in a good handicap."

FIRST PUBLISHED 6:48PM, OCT 23 2017
Hopefully the ground won't be that bottomless and if she sees out six furlongs on the testing going she won't be far away