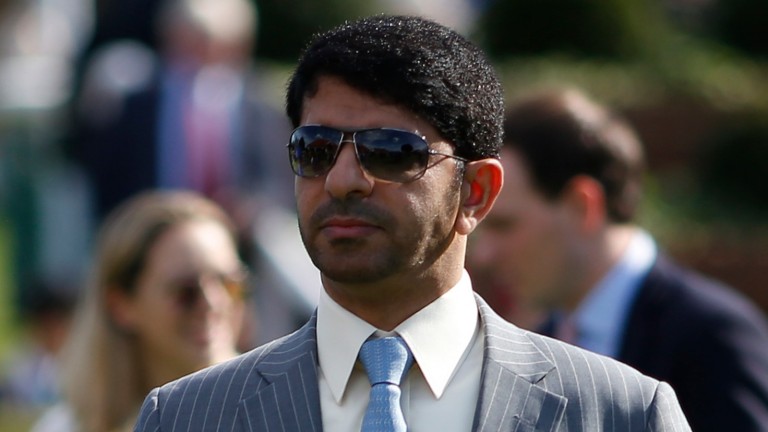 Really Special will really begin to justify her name if she can extend her unbeaten record to four and advance her Qipco 1,000 Guineas claims in the UAE equivalent at Meydan on Thursday.

The Godolphin filly is between a 14-1 and 20-1 chance for the Newmarket Classic on May 7 and faces ten rivals in Thursday’s carnival Classic.

Her trainer Saeed Bin Suroor won the inaugural UAE 1,000 Guineas in 2001 with Muwakleh – subsequently runner-up at Newmarket to Ameerat – and has landed the prize another eight times since.

Really Special’s victories have come at Chelmsford, Newmarket and in the trial for this contest at Meydan three weeks ago.

Bin Suroor, who also saddles Voice Of Truth, said: “Really Special is a very good filly who is unbeaten after three starts and has been working well. The step back up to a mile will suit and she has to have a big chance. We’ll see how she gets on before making definite plans, but she’ll certainly be back in Europe for, we hope, an exciting year.”

Christophe Soumillon rode Really Special in the Meydan trial but Jim Crowley is back on board here, with Soumillon partnering Fursa for Mike de Kock.

A Grade 2 winner and Grade 1 runner-up in South Africa, Fursa races in the UAE and on dirt for the first time.

De Kock said: “Most of ours need their first run after all the travelling involved, but we’re sure she’s a smart filly. As a daughter of Hard Spun you’d hope she goes on the surface, but there are no guarantees.”

Watson said: “That was only the second start for Complimenti, who was third on debut, and we were delighted with her. We have a bad draw again but, with a bit of luck in running, she should be thereabouts.”

Charlie Appleby expressed similar sentiment about Calare, fifth in the trial on her dirt debut, and said: “The return to a mile will suit and she now has experience of dirt racing. She shouldn’t be far away.”

Richard Mullen tried to make all in that trial on third home Rajar and maintains the partnership for Richard Fahey, who also saddles Melesina, the mount of Pat Smullen.

Smullen is also on Mirdif, a first runner in the UAE for Michael O’Callaghan in the 7f Meydan Classic Trial on turf, the first race on a card due to feature 24 Irish and British-trained runners.

FIRST PUBLISHED 6:00PM, FEB 8 2017
Really Special is a very good filly who is unbeaten after three starts and has been working well. The step back up to a mile will suit and she has to have a big chance