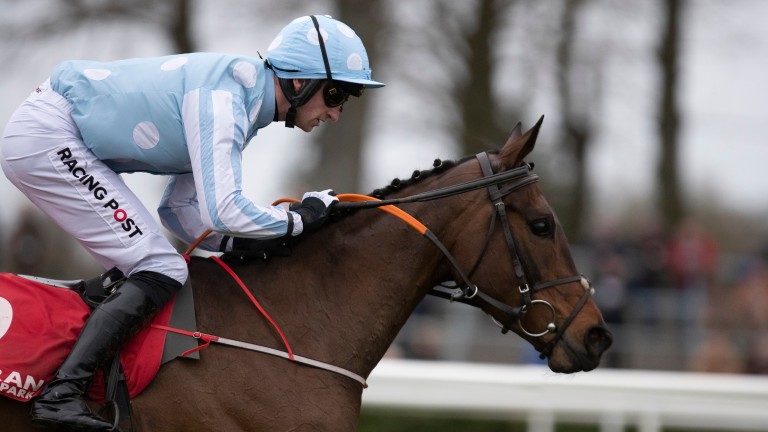 This Grade 3 is a new addition to the calendar after so many novice races were lost last spring due to Covid-19 and, while there are only four runners, it promises to be a fascinating affair.

Minella Melody was a star last season and went to the Cheltenham Festival as the banker of the week for many Irish punters.

After winning a Grade 3 at Fairyhouse in January, Minella Melody was sent off 11-4 favourite for the Dawn Run Mares' Novices' Hurdle, but weakened tamely from the home turn having made most of the running to that point.

Henry de Bromhead has always held the six-year-old in high regard and thinks she may have done too much too soon at Cheltenham. He said: "Minella Melody is good. She'll be aimed at the rescheduled Grade 1 mares novice hurdle at Fairyhouse at the winter festival. It's a Grade 2 now, so she'll be carrying a penalty.

"I'm not sure what happened to her at Cheltenham, but she had a great season up until then and hopefully it was a matter of just doing too much in front that day."

Minella Melody will not have it all her own way as Gordon Elliott's £400,000 purchase Grand Roi makes her eagerly awaited Irish debut after winning three times for Nicky Henderson last season.

The most recent of those victories came in a juvenile hurdle at Warwick in February when he quickened up smartly to beat Manucci, now rated 124, by 13 lengths.

Elliott said: "Grand Roi has done a couple of nice bits at home and he's one we're looking forward to this year. He'll come on for his first run."

The 142-rated Beacon Edge had a pipe-opener at Downpatrick where he justified odds-on favouritism with the minimum of fuss and looks a smart prospect.

FIRST PUBLISHED 6:00PM, OCT 24 2020
Grand Roi has done a couple of nice bits at home and he's one we're looking forward to this year