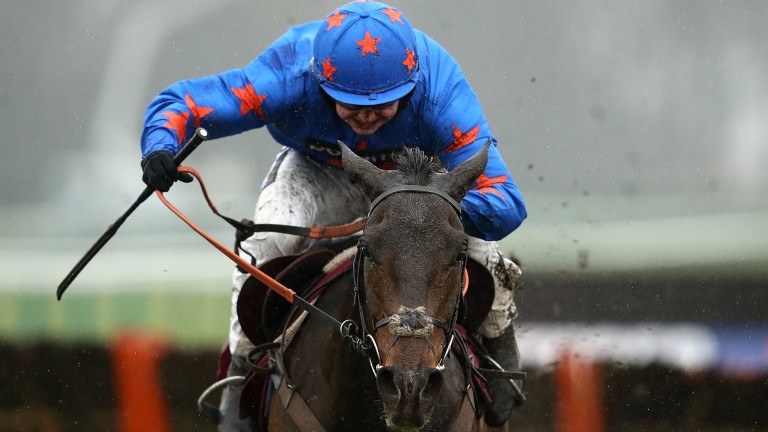 A four-year-old has yet to win the BetVictor Gold Cup at Cheltenham, but that could change this year after two well-touted young chasers, King’s Socks and Frodon, featured among the 43 entries revealed on Wednesday.

In fact, no four-year-old has tackled the £160,000 contest – formerly known as the Paddy Power Gold Cup – in the last ten years, but both King’s Socks and Frodon are being aimed at the race, which takes place on November 12.

King’s Socks hails from the Pond House stable of David Pipe, which has such a long tradition of success in the Cheltenham feature, and the trainer said about the top-priced 14-1 shot: “He’s a very exciting recruit to the yard who we picked up at the Arqana July sale.

"He was one of the best four-year-old hurdlers in France and has also won over fences. The BetVictor Gold Cup is his target.”

The Paul Nicholls-trained Frodon landed two minor novice chases at Newton Abbot and Fontwell last month under Sam Twiston-Davies, and the rider, who is currently sidelined after a horror Chepstow fall, hopes to be back in the saddle in time to continue the partnership at Cheltenham.

More Of That, set to reappear at Carlisle on Sunday, heads the market at 8-1 with the sponsor, while Evan Williams appears to have a strong hand with Buywise and King’s Odyssey.

The trainer said: “The plan is to run either Buywise or King’s Odyssey and which one goes to Cheltenham will be dictated by the ground. If the going doesn’t suit the one horse hopefully it will suit the other.

“Buywise is a much better horse on decent ground. We have had such a dry autumn that everything could fall right for him next month.

“King’s Odyssey is the complete opposite – he wants plenty of cut.”

Simon Claisse, clerk of the course at Cheltenham, said: “It looks very competitive, and we’re pleased with both the numbers and quality.”

FIRST PUBLISHED 4:47PM, OCT 26 2016
King's Socks was one of the best four-year-old hurdlers in France and has also won over fences. The BetVictor Gold Cup is his target