Excitement to worry for Twiston-Davies over Ballyandy's claims 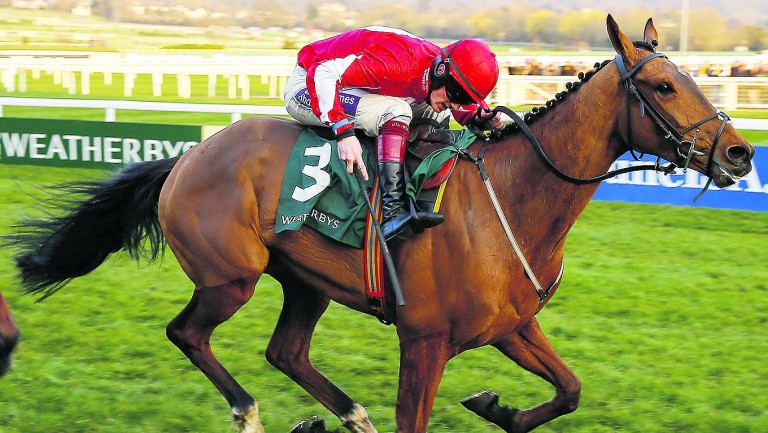 Ballyandy has come out of his Betfair Hurdle win two weeks ago particularly well
Mark Cranham
1 of 1
By Lee Mottershead 3:55PM, FEB 11 2017

In some years it's obvious who will start favourite, but not so this time, with two novices, Ballyandy and Movewiththetimes, looking the likeliest contenders to head the market.

For Movewiththetimes this represents a big step up from winning a Wincanton novice hurdle but for Ballyandy big-race success is nothing new, given he landed last season's Weatherbys Champion Bumper.

Although still relatively lightly-raced for a seven-year-old, Clyne is another who has already achieved plenty, having most recently chased home The New One at Haydock.

A race for shocks

A race JP likes on his CV

The Betfair Hurdle has traditionally been singled out for attack by JP McManus, who took the race with Get Me Out Of Here (2010) and My Tent Or Yours (2013). However, he has often had beaten favourites as well, including when Blazer disappointed 12 months ago.

Nicky Henderson, trainer of Hargam
He's in good form but it's unfortunate the weights have gone up. The top of the handicap is not a nice place to be. It might be more than soft enough for him but he's in good shape.

Evan Williams, trainer of Clyne
He's had a lovely season but has plenty of weight in a race full of unexposed horses. That said, he's fit and well and does handle plenty of cut in the ground.

Warren Greatrex, trainer of Boite
The trip might have been a bit far for him the last day but he has run well around Newbury and a strongly-run two miles will suit. He is not over-big, so putting my son, Tom, on and claiming 7lb will help. I have put cheekpieces on to try and eek out a bit more improvement.

Paul Nicholls, trainer of Zubayr and Movewiththetimes
I don't think there's a lot between them. Zubayr was only a length and a half behind Footpad in the spring. If he reproduces that form he'll go well. I don't think he was right when he last ran, so he's not without a chance. Movewiththetimes won at Fontwell, got into all sorts of trouble in a muddling race at Cheltenham and then won an ordinary race at Wincanton. He's got to improve quite a lot on what he's done but he's a nice horse. Who knows how much improvement there is?

Noel Meade, trainer of De Name Escapes Me
He's in tremendous form and travelled over well. It's a long time since he's run but we're happy with him.

Philip Hobbs, trainer of Wait For Me
He's got a chance but maybe better ground would help.

Alan King, trainer of William H Bonney
Ideally, I would have liked another week, as he only ran a fortnight ago at Cheltenham, but I was pleased how well he won that day. He travelled strongly and really knuckled down.

Graeme McPherson, trainer of Kayf Blanco
He's got a live chance. He was placed at Sandown back in December and the two that beat him went on to share first and second in their next race. We can put a line through his race on New Year's Day at Exeter. He hated the ground and got badly hampered.

Nigel Twiston-Davies, trainer of Ballyhill and Ballyandy
I think Ballyandy is well handicapped. Two weeks ago I thought nothing could beat him but I keep looking at the form and there are an awful lot of unexposed horses coming into the race. I had been very excited but now I'm worried! He's in good form, though, and I've been thinking about this race for him for a very long time. The handicapper hasn't been anything like so kind with Ballyhill but we're taking 7lb off his back. That's what we did with Splash Of Ginge and it enabled him to win.

Seamus Mullins, trainer of Song Light
He's fit and well and has been trained for the race. I'm not worried about the soft ground, although in the back of my mind is the one bad race he did run was on tacky, holding ground at Sandown last year. If the ground is like that when they remove the covers it would be the only thing that would stop him running a big race.

Kerry Lee, trainer of Gassin Golf
He's quite fragile, which is why you haven't seen him for a while, but he's in great form. He likes a fast-run handicap and is on a fair mark.

Gordon Elliott, trainer of Veinard
He's in good order and has a nice low weight. He ran well at Leopardstown last time. A strong gallop will suit.

FIRST PUBLISHED 6:03PM, FEB 10 2017
Two weeks ago I thought nothing could beat him but I keep looking at the form and there are an awful lot of unexposed horses coming into the race