Excited Nicholls looking to have his first runner on Friday 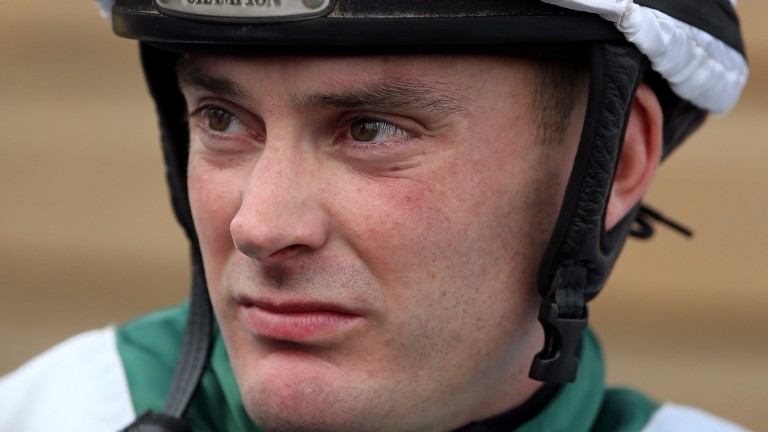 Group 1-winning rider Adrian Nicholls hopes to have his first runner as a trainer at Wolverhampton on Friday and plans to follow the keep-it-simple methods that brought his late father David such success.

Nicholls snr died at the age of 61 in June after saddling more than 1,000 winners, including six at the highest level, forging a reputation as someone who could rejuvenate other trainer's cast-offs and earning the nickname the Sprint King.

His son Adrian was stable jockey for many years and played a big role in those victories before retiring from the saddle last year. He is now hoping to emulate the good times at his yard on the outskirts of Thirsk, which is a stone's throw from his father's operation.

And if becoming a trainer were not stressful enough, Nicholls, 36, is also moving into a newly built house on the yard.

He said: "I don't do things by half! The house will be on the yard and is 90 per cent done and, as we speak now, I'm just messing about with beds and that.

'A strange time to start'

"It's just up from Dad's – I can see his old place from my window.

"I'm kind of doing it as Dad did it and we've got all the facilities we need, while we've got ten horses to start off with."

He added: "It's a bit of a strange time to start as the season will be about finished by the time we're up and running – Dad used to say the season was finished after the Ayr Gold Cup – but I'm looking towards getting a few from the sales for the all-weather and then on to next year, but as soon as I got the licence I wanted to crack on.

"It's a team; my wife Clare's very hands on with the horses and I'm still active riding out. Clare was at Dad's as well and we both learned a lot from him and his head lad Ben Beasley. It was quite a unique way of training." 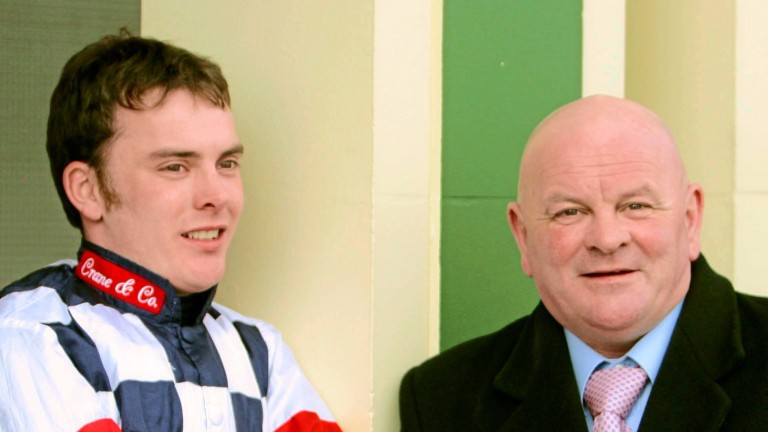 Adrian and the David Nicholls: 'This is the time I'd ring him for daft, little things'

Nicholls, who has entered Sir Lancelott in a 1m½f handicap at Wolverhampton on Friday, added: "Training has been a thing in my mind for about five years. Dad was helping me generate owners and get started.

"It just fell short for him sadly, but hopefully we can start off small and get a bit of quality. I know it's not an easy game, but it's something we've been looking towards for a long time."

Nicholls reckons his experience in the saddle will stand him in good stead, and said: "I've put everything from my riding into this. I was lucky enough to ride for Dad and some other good trainers on the way and I'm very ambitious.

"I do know what it takes to win a Group 1 and have always prided myself on my judgement and am just hoping to emulate what Dad did; getting horses who have maybe lost their way and get some improvement out of them."

Of having to go it alone, Nicholls said: "His death was a shock to everyone and if I could train half the winners he did or do in any way what he did, I think he'd be as proud as punch.

"This is the time I'd ring him for daft little things, but I've got to kick on now. He told me you've got to go with what you know, your instinct, what you've been taught; when he knew I was going for this he tried to surround me with good people.

"I'm very excited, but it's a daunting time and I know it's not the easiest business to go into."

Nicholls, whose finest moments in the saddle came on Haydock Sprint Cup and Maurice de Gheest winner Regal Parade – an archetypal David Nicholls horse after beginning his career with Mark Johnston in Sheikh Mohammed's colours – cannot wait to get started.

However, he was realistic when assessing Sir Lancelott's chances of getting him off to a flyer.

He said: "He looked a picture when he came to us, but there's no hiding place. He's been with some good trainers and I'm very happy with him, while this has been the plan, but he's a 0-60 horse and does what it says on the tin.

"The owners Sterling Racing and Premium Bloodstock have been massive supporters and I'd love to say I can improve one from Keith Dalgleish and David O'Meara, who both won with him, but I wouldn't be so bullish as to."

If you're interested in this, you can also read:

Sprint king Nicholls dies at the age of 61

David Nicholls: A career in racing that spanned more than 40 years

Standing room only as hundreds pay respects to former trainer

FIRST PUBLISHED 5:45PM, AUG 6 2017
His death was a shock to everyone and if I could train half the winners he did, I think he'd be as proud as punch