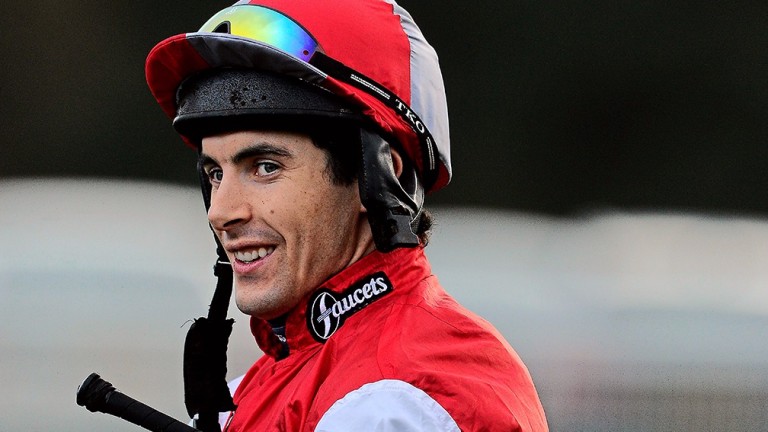 Aidan Coleman: jockey will do the steering on the well-regarded import
Getty Images
1 of 1
By James Burn 6:02PM, JAN 20 2017

On Saturday racing will at last get to see what all the fuss is about when Timico Cheltenham Gold Cup talking horse Alary makes his British debut in the Peter Marsh Handicap Chase.

The hype machine has been cranked up ever since new trainer Colin Tizzard mentioned that, in the wake of Native River's Hennessy Gold Cup triumph, he had a recent import that would also be in the festival mix.

Enthusiasm for the seven-year-old, placed in two of France's most important jump races last year, has not died down and Tizzard this month described him a "bloody good horse", while former jockey Regis Schmidlin said Alary was "out of the ordinary".

He concedes weight to his 13 rivals in tomorrow's Peter Marsh, for which he is the general 100-30 market leader having proved popular with punters this week.

Francois-Marie Cottin, who trained the seven-year-old in France, is also a paid-up member of the fan club.

He said: "Alary is a progressive horse and I think he should do well. He's a good galloper and jumps quite well, so I'd be confident he'd jump an English fence.

"He can handle three miles, while he has form on all types of ground – soft and good – so he looks a horse who doesn't mind the going.

"He's a professional horse to train and is quite laid back, but now we have to see him run."

Alary is 25-1 with Betfair and BoyleSports for the Gold Cup, although most firms go 20-1.

Asked if his former inmate could win Cheltenham's main event, Cottin, who ran Alary's half-sister Musica Bella in Mon Mome's Grand National, said: "I'd be hopeful. He's certainly one of the best horses I've trained. We were very sad to see him go, but hopefully he does well."

Alary, now owned by Alan and Ann Potts, was yesterday declared by his new team to wear a tongue-tie under Aidan Coleman at Haydock.

Tizzard said: "He had one on last time. That's why we've put it on. It's nothing to do with what he's done at home, but if you put it on and run well you might as well have it on the rest of the time. It doesn't do any harm and he's had it on in France, so why change it?"

The ground at Haydock was yesterday described as soft and no problems are forecast as the track should avoid any significant rain, while temperatures are forecast to stay above 0C.

Ascot also stages a high-profile meeting tomorrow and the course is soft, frozen in places with vulnerable areas of the track covered.

FIRST PUBLISHED 4:54PM, JAN 19 2017
He's certainly one of the best horses I've trained. We were very sad to see him go, but hopefully he does well