Everything you need to know to help brighten up your day 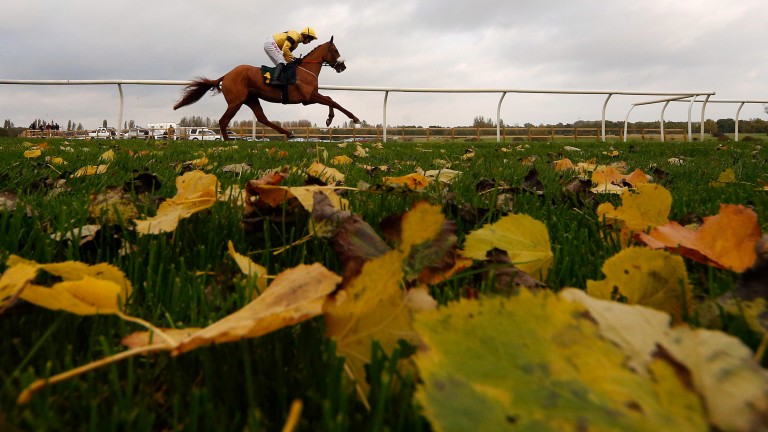 Fakenham: one of three meetings on Tuesday
Alan Crowhurst
1 of 1
By Peter Scargill UPDATED 6:06PM, NOV 21 2017

The nights are drawing in fast - the sun will have set by just after 4pm today - so it is not a day to be dwelling on your selections for the action, or you may have missed it.

Jump racing takes place at Fakenham, where the admirable 13-year-old Occasionally Yours bids for two wins in a week in the opening selling hurdle. Southwell also hosts a fascinating novices' chase, in which any of the five could conceivably win, while for all-weather enthusiasts there are seven races to get stuck into at Lingfield.

All this takes place as we prepare for another excellent weekend of racing. So, despite the early sunsets, it is not all bad.

Nick Watts has been on the lookout for the best bet for today. He thinks he has found it, so spare ten seconds to find out who he fancies...

After three days of top-quality action at Cheltenham, Stuart Riley has been through the horses to follow for the season ahead.

With the Betfair Chase coming up this weekend, David Jennings has dropped by to see trainer Jessica Harrington. Members can read all about it here.

And a film documenting the rise to prominence of Many Clouds has won an award at the Equus Film Festival in New York.

It was a weekend full of excitement and intrigue. The Racing Postcast team look back at the action and ahead to the Betfair Chase...

The Champions League is back and our team have all the best advice for you.

Three British teams are in action with Liverpool taking on Sevilla, Manchester City up against Feyenoord and Tottenham travelling to Borussia Dortmund.

Sizing John and Douvan were friendless in the markets on Monday for the Betfair Chase and Betfair Tingle Creek Chase. With both out to good prices for the respective contests, it will be interesting to see if punters decide to offer them any support or continue to steer clear.