Everything rosy in garden as Monet's scoops prize 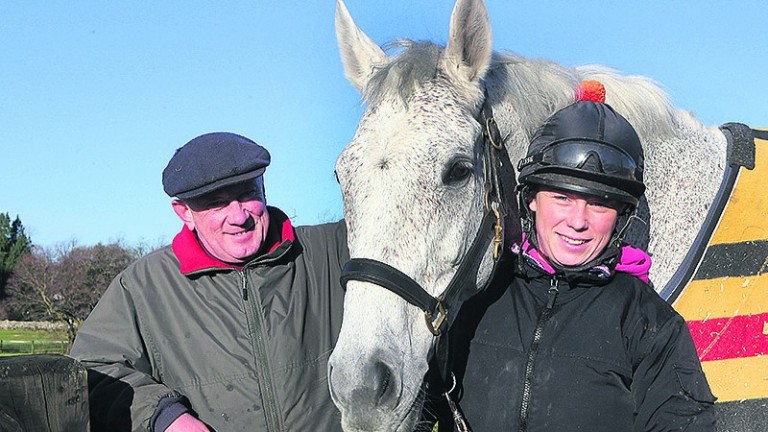 Former top chaser Monet's Garden was crowned Horse Of The Year at the third annual Retraining Of Racehorses (RoR) awards at the Jockey Club Rooms in Newmarket on Wednesday.

The former Nicky Richards-trained grey, who won 17 races in a glittering career which included three Grade 1s and three wins in the Grade 2 Old Roan Chase at Aintree, was adjudged to have been the best ambassador for the retraining of racehorses.

Since his retirement was confirmed in 2011, the 18-year-old has come back from a life-threatening illness to become a star of the show ring under the tutelage of Richards' daughter Jo.

Monet's Garden, who also won the Veteran Final award at the RoR National Championships in August, remains as popular as ever based on the reaction from the packed room when RoR patron and co-host Clare Balding announced the result.

Jo Richards and the horse's long-time owner David Wesley Yates were both on hand to receive the prize from co-host Luke Harvey. Richards said: "Monet's Garden is just amazing, he's the horse of a lifetime. He's 18 now but he still feels like a five-year-old, he's never aged. He's always loved showing off so I thought showing would suit him but the worst part is getting him to stand still."

Wesley Yates commented: "I'm so delighted for the horse that he's won this award. It was touch and go and we nearly lost him at one time but greys are popular and he won 17 races. People like winners don't they?"

There were 11 awards handed out at the ceremony which was staged in a fitting location just around the corner from the charity's newest flagship base at Palace House.

Grade 2 winner Jack The Giant was handed one of three RoR Special Recognition awards. In front of one of the gelding's former trainers Nicky Henderson, Jack The Giant's current owners, including Sir Michael Stoute's partner Coral Pritchard-Gordon, were on hand to take the prize to mark his excellence in the show ring.

The second Special Recognition award went the way of the former Mick Channon-trained handicapper Summon Up Theblood who made a breakthrough in RoR terms when representing the Brazilian equestrian team at the 2016 Rio Olympics.

The final Recognition Award was a team effort as it was handed to the Great British Horseball team, of which the former David Simcock miler Mabait is a part. Described by Mabait's rider Ben Beery as "rugby on horseback" the four-horse team recently finished an excellent sixth at the Horseball World Cup.

There are currently six RoR horses in residence at the National Heritage Centre for Horseracing & Sporting Art in Newmarket where tickets are £16.50 (children under 16 £9.50) and can be converted into an annual pass at no extra cost. Contact info@palacehousenewmarket.co.uk.

FIRST PUBLISHED 2:51PM, DEC 8 2016
It was touch and go and we nearly lost him at one time but greys are popular and he won 17 races. People like winners don't they?