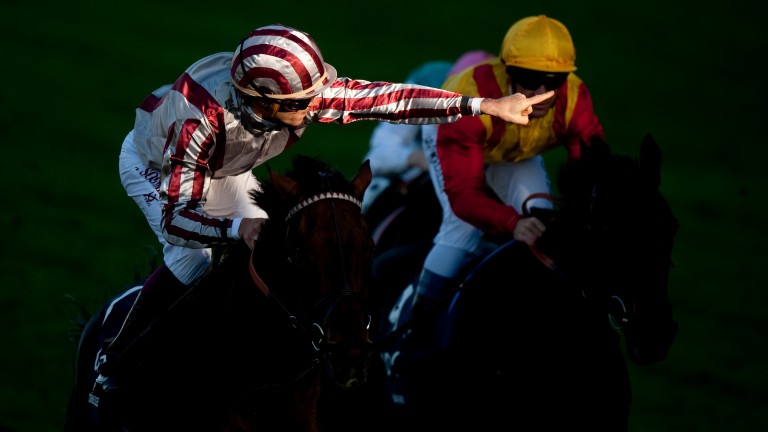 Christophe Soumillon and Cirrus Des Aigles win the Qipco Champion Stakes from So You Think
Edward Whitaker
1 of 1
By Peter Scargill UPDATED 10:34AM, OCT 17 2017

In the first of a series reflecting on some Qipco British Champions Day highlights since its inauguration in 2011, Peter Scargill recalls the memorable victory of Cirrus Des Aigles in that year's Champion Stakes

After plenty of hype, protestation, debate and no little effort, British Champions Day was launched at Ascot six years ago amid glorious autumnal sunshine.

The stars turned up to contest Britain’s richest raceday, but dark clouds had been hovering over the sport with the introduction of hugely controversial new whip rules and fingers were crossed the day would go without a hitch.

Everything built smoothly towards the highlight of the afternoon, the Qipco Champion Stakes, in which the likes of So You Think, Midday, Snow Fairy, Nathaniel and Cirrus Des Aigles had starring roles.

Cirrus Des Aigles, trained by Corine Barande-Barbe, lined up having been ineligible for the Arc due to him being a gelding. Longchamp’s loss was Ascot’s gain as the French globetrotter swept past the field with a flourish under Christophe Soumillon to win his first Group 1.

Barande-Barbe recalls: “It's the most fantastic memory because it was the first time he'd won at Group 1 level. Everybody thought we were a bit mad to run because he'd been beaten in the Prix Dollar, but I love the challenge when everybody else thinks you’re wrong.

“The other thing is how well it reflects on British racing, because it was thanks to running in Britain and Dubai [in the Sheema Classic] that he got to the position of being the best turf horse in the world. He wasn’t able to do that in France.”

The glory of Cirrus Des Aigles’ win was rather overshadowed on the day when Christophe Soumillon was banned and fined his winning percentage of £50,000-plus for falling foul of the whip rules, which had been brought in at the start of that week, something the rider labelled “an embarrassment for English racing”.

He was eloquence personified in post-race interviews – and the whip rules were to undergo several further revisions before more sensible penalties were finalised. 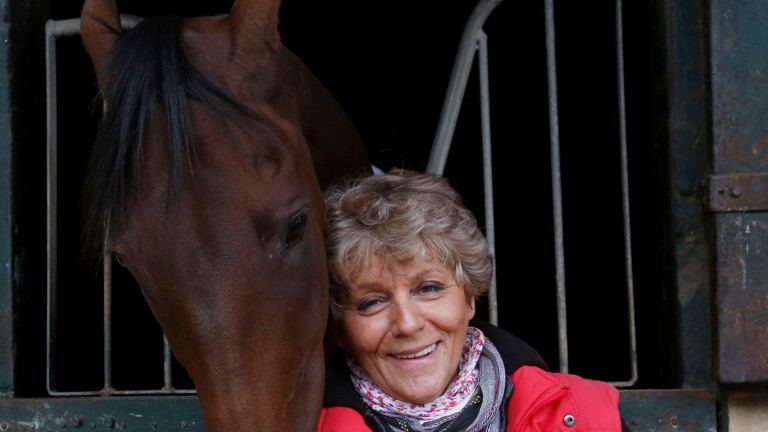 Barande-Barbe has only fond memories of the first British Champions Day and adds: “Nothing could spoil the day when you travelled with Cirrus. He went to the races, he was the best, and showed it.

“I was always a bit worried about him in the mornings when he used to play about, but as soon as he got to the racecourse he knew what was required.”

The 11-year-old is currently back with Barande-Barbe, and spends his retirement flitting between the trainer and Soumillon.

FIRST PUBLISHED 4:09PM, OCT 16 2017
Nothing could spoil the day when you travelled with Cirrus. He went to the races, he was the best, and showed it