Evans out to make Irish trip a worthwhile venture with Dougan 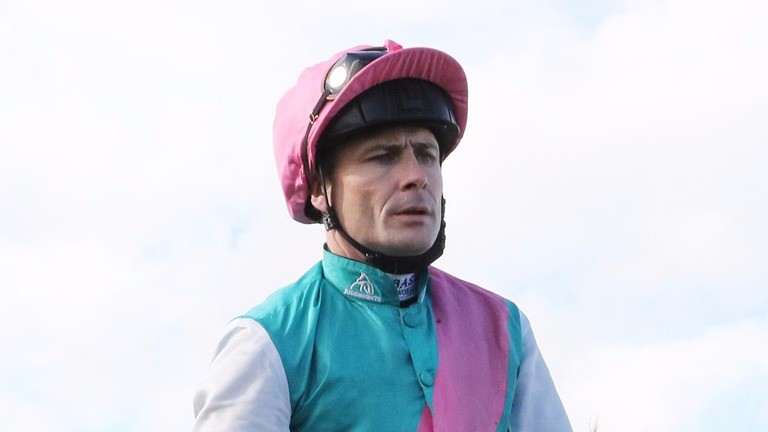 Pat Smullen:booked by Sheila Lavery for the hat-trick seeking Another Story at Dundalk
CAROLINE NORRIS
1 of 1
By Brian Sheerin 5:59PM, NOV 4 2016

Monmouthshire trainer David Evans will be hoping a trip across the Irish Sea with Dougan pays off as the four-year-old tackles Dundalk for the first time.

The son of Dutch Art is no stranger to artificial surfaces, however, and has won five of his eight all-weather starts in Britain and will benefit from the assistance of Pat Smullen.

Jon Babb, head of Shropshire Wolves, owners of Dougan, said: “He ran really well at Doncaster, where he possibly hit the front a bit early.

"He wants playing late, we have a leading jockey in Pat Smullen and he has a good draw in one. He's in good form, he's holding his condition well and should run a good race - the main dangers appear the three-year-olds Vitello and Go Kart."

Vitello represents the top trainer at Dundalk, Michael Halford, as does Russian Soul.

Halford said: "Vitello ran very well last time and loves the surface at Dundalk. She should have no problem in stepping back to six furlongs.

"As for Russian Soul, he just loves it around Dundalk and is in great form. I couldn’t split them and I wouldn’t be surprised if either of them won."

Patrick Prendergast is hopeful Go Kart can handle the step up to six furlongs. The daughter of Intense Focus has been kept to five furlongs this term, but her trainer thinks she is fairly treated.

"I’m not sure she'll get six furlongs; we tried last year and she didn’t quite get it, but she's a year older and stronger now," he said.

"We'll settle her in behind and hopefully she'll come late as there should be a good pace on. I think the handicapper has given her a good chance. She’s rated 79 now and that’s fair - the British raider is the big danger."

Complicit, a five-time winner on the all-weather, will be bidding to score on his fourth start for Johnny Levins.

Levins said: "He's a bit of a character at home and acted the maggot the last day.

"I’m dropping him back to six furlongs with the hope that speed will keep him interested. It's a competitive race but we're hopeful. He seems to be in good order and could run well if he puts it in."

FIRST PUBLISHED 6:00PM, NOV 3 2016
We have a leading jockey in Pat Smullen and he has a good draw in one. He's in good form, he's holding his condition well and he should run a good race