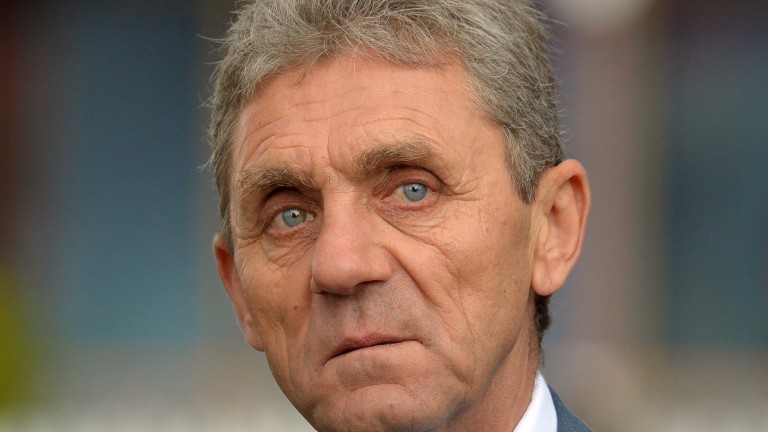 For the first time in its 143-year history there are two divisions of the Brocklesby, with trainers keen to get their latest crop of juveniles out on the track.

A total of 22 runners were left in at Thursday's declaration stage, leading to a pair of 11-runner races.

Whether this year's running provides another Group 1 winner like last year's Middle Park hero The Last Lion, only time will tell, and trainer Mark Johnston, who would have been chasing a third straight Brocklesby win, decided against declaring his entry Faithful Promise.

But there are still plenty of intriguing runners, including the David Evans-trained pair Last Page and The Love Doctor.

Of the two, Evans prefers Last Page and said: "He goes really well and I think he'll go close.

"The Love Doctor will stay on all right, but whether he'll be quick enough I don't know."

Like Evans, Declan Carroll has a chance in each division, and Santry and Bee Machine both have plenty of speed in their pedigree.

"They're two nice horses, are quite straightforward and ready to run," Carroll said. "They should give a good account of themselves."

Almane and Requinto Dawn also look the part on paper for Richard Fahey, and the trainer said: "Almane is sharp and early. Paul [Hanagan] is very happy with him so he’s ready to start. Requinto Dawn is in division two and he's also sharp.

"He's a little buzzy, and I hope they go a good gallop and he can get some cover."

Experience in juvenile races is often crucial and there is one horse who has already run, with Jurisprudance in action in France on March 23.

Trainer George Baker said: "She delighted us at Saint-Cloud. It was only four and a half furlongs, but she was sharp enough to be involved. It was only nine days ago, but she seems in good form and can hopefully take another step forward."

Clive Cox last had a runner in the race in 2012, when Well Acquainted was runner-up to My Boy Bill, and this time he has Move To The Front.

"He's out of a very quick mare [Dress Up] and has pleased us with his progress," Cox said. "He'll undoubtedly be helped by the experience but will be a nice horse going forward as well."

Bill Turner has won six Brocklesbys, with his last winner coming in 2013, courtesy of Mick's Yer Man. He has Hellovaqueen in division two.

Why the race divided

Despite a field-size limit of 22, the Brocklesby was divided under the rules of racing.

As the rules stand, races on the card are marked in order of preference for division. The first preference in this instance was the 1m2f maiden, but it did not attract enough declarations to divide.

The Brocklesby was second in line, and the 22 declarations triggered an automatic division as it was in excess of 18 declarations, the point when the rule comes into effect.

Racecourses have to abide by the rules laid down by the BHA, and Doncaster clerk of the course Roderick Duncan said: "As the rules stand it had to divide. My understanding is that conditions for races dividing are being looked at.

"If the rules don't change, we are minded to add a bit more prize-money to the Brocklesby to prevent this happening again."

FIRST PUBLISHED 6:00PM, MAR 31 2017
It was only nine days ago, but she seems in good form and can hopefully take another step forward