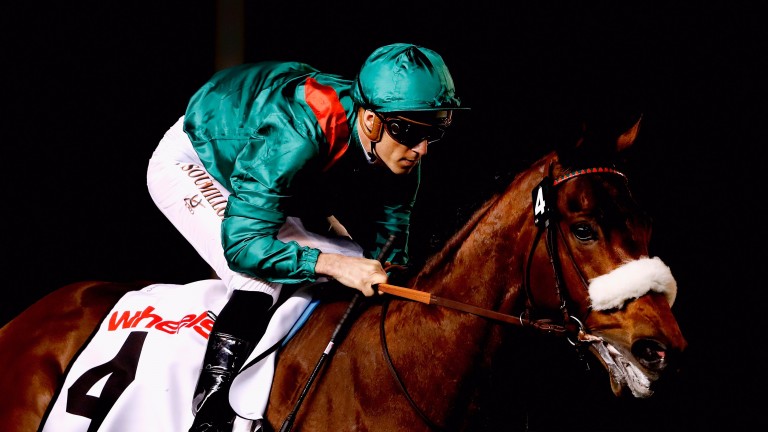 Assuming the bookmakers have it right, and let us be honest, they normally do, the bulk of the $6million on offer in the 1m1f Group 1 Dubai Turf is destined for Europe.

That said, if counting the Saeed Bin Suroor-trained Very Special among the European challenge, it does amount for all bar two of the 13 runners in a race the trainers based locally on a permanent basis are not represented.

Nor, unusually, is South African Mike de Kock, leaving Debt Collector from Singapore and Japan’s Vivlos to take on the European battalion after the late defection of last year’s winner, Real Steel.

Few horses in training can boast a pedigree like that of Zarak – a four-year-old colt by Darley standout Dubawi, he is the fourth foal out of the unbeatable Zarkava and thus, a son of two Classic winners whose dam won the Prix de L’Arc de Triomphe.

Homebred by HH The Aga Khan, he has clearly inherited plenty of their outstanding talent and found only Almanzor too good in last year’s Prix Du Jockey Club before impressively making a winning UAE debut in the 1m2f Group 3 Dubai Millennium Stakes.

That was five weeks ago and trainer Alain de Royer-Dupre resisted the temptation of Super Saturday to keep him fresh for this, seemingly on the advice of Christophe Soumillon who nominated this shorter trip as a preferable option to the 1m4f Sheema Classic.

He heads the market, ahead of the Richard Fahey-trained Ribchester, to be ridden for Godolphin by William Buick as he was when won victorious in the Jersey Stakes at Royal Ascot and the Group 1 Prix Jacques Le Marois at Deauville.

This will be a furlong further than he has tackled but looks well within his compass and should make a bold bid to become a first winner for the owners on the big night not saddled by a retained trainer.

Roger Charlton has only had one World Cup night runner previously, Cityscape who won the equivalent race in 2012. He relies on Decorated Knight, course and distance winner of the Group 1 Jebel Hatta on Super Saturday.

Forced to miss his intended prep in the Winter Derby with a foot abscess, Sheikh Hamdan’s Mutakayyef has looked in good order since arriving and is another string to a powerful English bow.

Richard Fahey, trainer of Ribchester
He had a good winter and has arrived here fit and ready so has not done a lot. He had an overnight trip to Lingfield three weeks ago when Paul Hanagan rode him. His best form is very good and the trip should not be a problem.

Christophe Soumillon, rider of Zarak
He worked well on Thursday and we are very happy with him. I think this shorter race will suit him better than the Sheema Classic at this stage of his career and he has plenty of speed.

Roger Charlton, trainer of Decorated Knight
Super Saturday was the main plan and he is now a Group 1 winner. It is nice to have another runner in the race after Cityscape, but realistically he needs to improve again. That said, he has been progressive throughout his time since joining us so maybe he can continue his upward curve.

Jim Crowley, rider of Mutakayyef
He felt great when I went six furlongs on him Thursday morning and we breezed nicely over the last two. He had that setback but seems very fit after a couple of racecourse gallops. We have taken him out early as well so he has experienced the floodlights and was not fazed by them.

David O’Meara, trainer of Mondialiste
He did a steady piece of work Thursday, quickening well over the last two furlongs to blow away the cobwebs.

Saeed Bin Suroor, trainer of Very Special
It is a tough race but she has been training well and deserves to take her chance.

Aidan O'Brien, trainer of Deauville, Cougar Mountain and Long Island Sound
We always had an eye on this race to give Deauville his first run of the year. He'll love the good ground and travels well in his races. He's in good form. Cougar Mountain is a hardy, tough horse who ran very well when second in Doha last month. Long Island Sound won a Group 3 at Dundalk on his final start last year. He's ready to start off and, hopefully, he'll go well.

FIRST PUBLISHED 6:00PM, MAR 24 2017
He worked well on Thursday and we are very happy with him. I think this shorter race will suit him better than the Sheema Classic at this stage