Latest IN THE FAST LANE 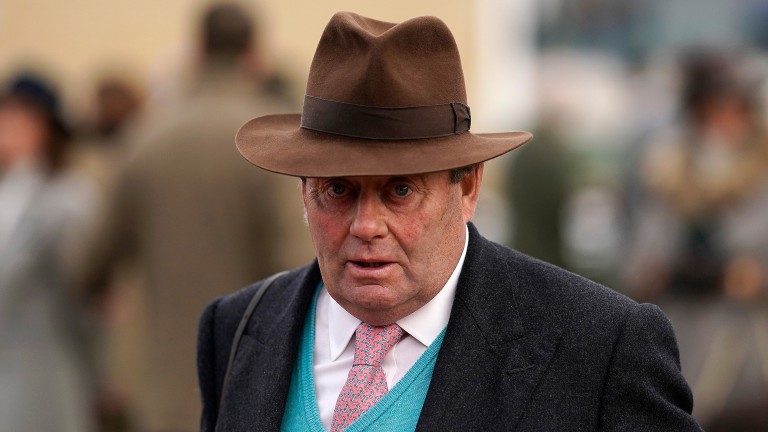 Nicky Henderson has likened the effect on his stable of the equine flu crisis to that of a Formula 1 team being caught on the wrong pit-stop strategy in a Grand Prix.

However, he expects to have the vast majority of his Cheltenham Festival team back where he wants them by this weekend, and so was in a positive mood when speaking at a media event on Monday.

He said: "Every yard has a different strategy regarding vaccinations and it's a bit like a Grand Prix, where you know if you are going on two stops or three stops.

"Everybody does it differently, and we got caught out. A lot of other yards did too, but there were also a number who had vaccinated at Christmas.

"I don't like doing that because it does affect them, and the horses were running well then too. We didn't need to do it then, because we were covered until the end of the season on what was then a compulsory 12-month vaccination rule, which then changed to six months without notice."

He added: "Last week was a nuisance because we had to stop, and you can't go straight out and gallop them again. It affects different horses differently, and you have to be so careful.

"It's brought us horribly close to Cheltenham having to switch them off for a week, but the ones we've worked haven't blown the house down afterwards. We have just a little bit of catching up to do, but they'll work tomorrow and Saturday and then hopefully we'll be back on schedule. They haven't gone backwards, but it's just rather shredded their programme."

Several of the stable's key festival fancies were due to run at Ascot on Saturday, including RSA favourite Santini and Ryanair hope Top Notch, and Henderson is frustrated by the lack of alternative opportunities for them. 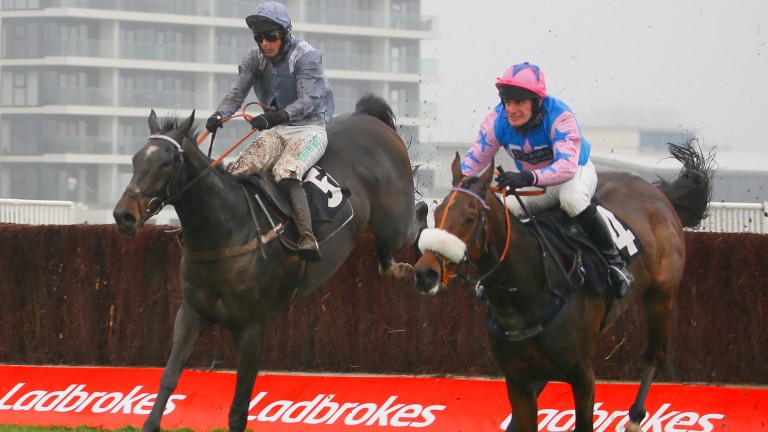 Santini (left): favourite for the RSA and one of Henderson's key contenders for Cheltenham
Mark Cranham

Plenty of others will get their prep runs in this weekend, however, and there are still hopes of a racecourse gallop despite the ongoing biosecurity issues.

Henderson said: "All the horses that were going to run last weekend have missed their proposed trials and they are all three or four days behind the ones that were vaccinated the previous weekend, who were able to start work again on Saturday.

"I'm hoping to have a lot of runners this weekend, because they'll be clear to do so after vaccinations. We usually go to Kempton next Tuesday for a racecourse gallop, although we aren't sure yet if we'll be allowed to."

It had already been a difficult season when the flu crisis broke, Henderson reminded us.

He said: "It's been a funny old winter. We had a period when we were having to be very careful with snotty noses and so on, and remember when the flu issue broke we'd had only about four or five days of racing after a freeze-up. Here at Seven Barrows we seemed to be at the epicentre of the Arctic Circle, with a foot and a half of snow and -18C on the Sunday morning.

"We've got over it, but it's been incredibly frustrating."

FIRST PUBLISHED 4:37PM, FEB 18 2019
We have just a little bit of catching up to do, but they'll work tomorrow and Saturday and then hopefully we'll be back on schedule