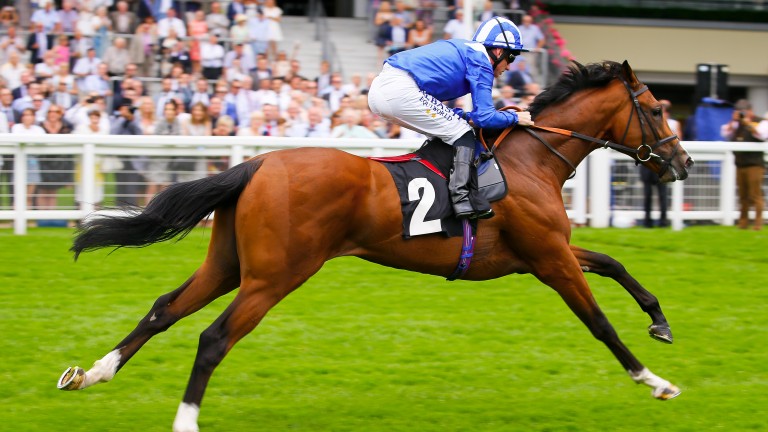 Eqtiraan, the only three-year-old in the field, kept on strongly close home to overhaul the gallant Mythmaker in Salisbury's feature Cathedral Stakes, extending the Hannon family's excellent record in the race.

This was the sixth occasion in the past ten years that either Richard Hannon or his father have won the Listed prize, and victory in this six-furlong contest represented a return to form for Eqtiraan, who had disappointed in a competitive three-year-old sprint at Newmarket last time.

Eqtiraan had beaten subsequent Racing Post Trophy winner Rivet on his debut last year, but was without further success prior to landing this valuable £48,000 prize.

Jim Crowley, riding for his boss Hamdan Al Maktoum, produced Eqtiraan inside the final furlong to win by a neck. Mythmaker, who made the running and rallied gamely when pressed for the lead, was one and a quarter lengths clear of third-placed Pixeleen.

Tom Ward, assistant to trainer Richard Hannon, said: "Eqtiraan has always had plenty of ability but it has taken us a bit of time to figure him out.

"We started him out over a mile this season but he has a lot of speed so we dropped him to six furlongs. The good to firm ground has helped as this is what he wants." 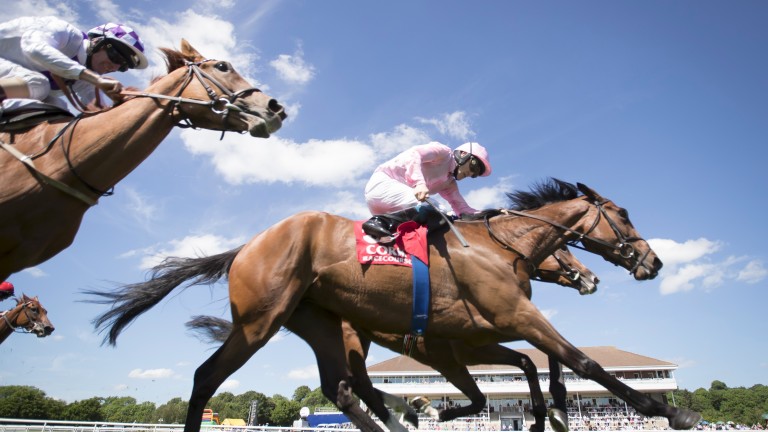 Aidan O'Brien may have saddled four of the ten runners in the Munster Oaks, but it was Charles O'Brien who landed the spoils as 20-1 shot Santa Monica mowed down Butterflies in the final strides to win under Billy Lee.

Key To My Heart led favourite Glamorous Approach and Butterflies in the early stages, while Santa Monica and Flying Fairies, who also ran on well for fourth, were settled in behind.

Santa Monica soon got her act together and was able to negotiate a passage between horses in the final furlong, showing a smart turn of foot and an admirable attitude to tackle Butterflies.

Butterflies finished a neck second, with Glamorous Approach back in third, one and a quarter lengths adrift.

Winning rider Billy Lee said: "She was tough in the finish and we went a right good gallop from the start. I didn't really travel all that well early in the race, but she started to creep into the race about five furlongs from home.

"She had the experience, and that stood to her, and when she started to get to them I knew I had a chance. She has her job done now."

FIRST PUBLISHED 5:23PM, JUN 18 2017
Eqtiraan has always had plenty of ability but it has taken us a bit of time to figure him out