Epsom thinks those on the Hill are Poundland racegoers 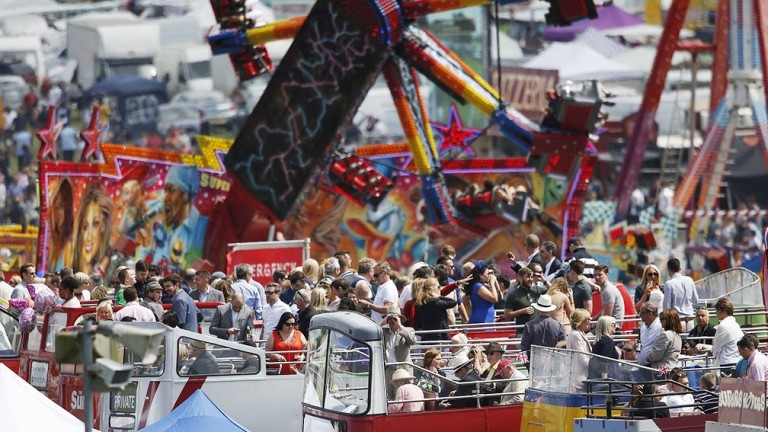 It is hard to know quite how to react to the news the famous Hill at Epsom is to be rebranded the Poundland Hill. At first, just laughter at what reads like an April Fool's Day joke; laughter that anyone could be so crass as to name a free-viewing area at the Flat's greatest race after a high-street firm synonymous with bargain-basement deals. But that laughter turns quickly to incredulity.

For most of us, a summer's day at the races with friends and family is about dressing up, letting the hair down and leaving behind the cares and strains of day-to-day life, not having them rubbed in your face by the condescending branding of oblivious corporate suits.

Anyone on Poundland Hill next month will not just be reminded of the fact that they have taken the budget option to Derby day, they will know that it was those in top hats and tails sipping champagne in plush boxes across the racecourse who thought this was an appropriate branding exercise.

I love the Hill, which encompasses all of British society in a strange and beguiling hodge-podge of picnics, barbeques, al fresco drinking, market stalls and fairground rides. I've been up there every year I've been to Epsom.

It is the best side of British racing: an inclusive, fun, frequently bizarre but always welcoming place for all, regardless of race, creed or class. Yet the message this sends is that those on the Hill are Poundland racegoers – and what a message that is.

FIRST PUBLISHED 1:47PM, MAY 11 2017
The Hill is a strange and beguiling hodge-podge of picnics, barbeques, al fresco drinking, market stalls and fairground rides

Derby analysis: 'He's better than this', 'Don't give up on him', 'Eclipse next' O'Brien at a loss over Bolshoi Ballet's defeat following 'lifeless' display 2021 Cazoo Derby: where your horse finished and who won 'It's mad, it's crazy' - Adam Kirby revels in breakthrough Classic on Adayar Persian Bold and Levaramoss' trainer Tony Ingham dies at age 74