Epsom stalwart Dow up for the challenge 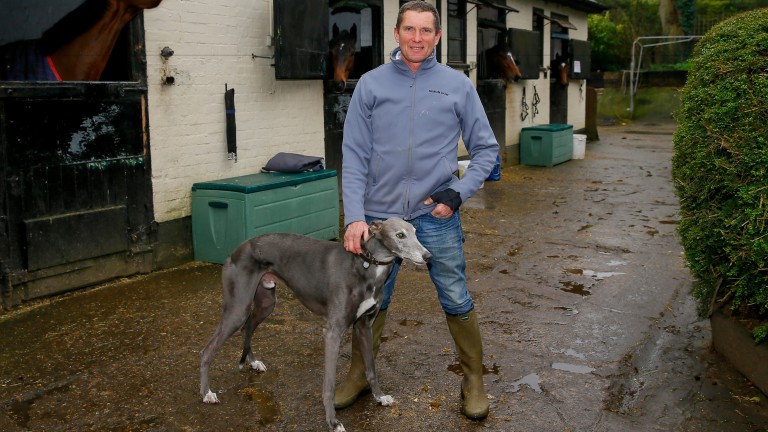 Sometimes you want a horse to win just because of the trainer. It provides vicarious pleasure.

I've got quite a long list of trainers I want to have winners and one of them is Simon Dow, who runs Chica De La Noche at Lingfield (1.05). The filly's got the proverbial squeak.

Dow has spent all his training life, over 30 years, at Epsom and he has stalwartly flown the flag for the town as a training centre. With local accommodation for staff expensive and the number of affluent owners, able horses and trainers tending to wane rather than wax, it must often have been and still be what is known as "challenging".

Challenging is a word often presented as something desirable, to be greeted with enthusiasm but usually foretells a testing and probably unpleasant experience, involving a lot of fruitless effort.

People who fall out with their employer often announce that they are leaving in search of a fresh challenge, starting at the Job Centre.

In 2008 I was lucky enough to join Dow and owner Tom Parker on a trip to Cagnes-sur-Mer. Parker's My Shadow, having finished second in a maiden race at the south of France track, was running there again. He finished second again under a not very good ride but everyone had a good time. I have fond memories of it.

Dow was a regular visitor to Cagnes-sur-Mer and, during the 1970s and 1980s, so were several other English trainers, including John Dunlop.

In 1974 his My Brief twice beat Star Appeal, the following year's Prix de l'Arc de Triomphe winner, at Cagnes-sur-Mer. When My Brief won the Grand Prix du Conseil General des Alpes he won twice as much as that year's Queen Anne Stakes was worth and roughly the same as the Coronation Stakes, Prince of Wales's Stakes and St James's Palace Stakes earned their winners. Today it is very different.

Cagnes-sur-Mer provided appealing opportunities before Britain's Flat season started in March. The arrival of all-weather racing in 1989 and the increasing competitiveness of races at Cagnes reduced its attraction. Later, racing in Dubai beckoned.

There are still plenty of meetings at the Hippodrome de la Cote d'Azur - 23 this January and February - but British trainers are now a rarer sight.

Tuesday's eight race card offers average prize money of €27,000 with the most valuable race worth €52,000 but Gay Kelleway is the only British trainer represented. She runs Minminwin and Prisom.

When Dow had suitable horses, he'd happily cross the Channel. Young Ern, Dow's best horse, won a Group 3 race at Longchamp in 1994 prior to winning the Group 3 Hungerford Stakes at Newbury.

The following year, having finished runner-up in the Group 1 Lockinge Stakes at Newbury, Young Ern was beaten a short-head in the Group 1 Prix Maurice de Gheest at Deauville. Those were the days.