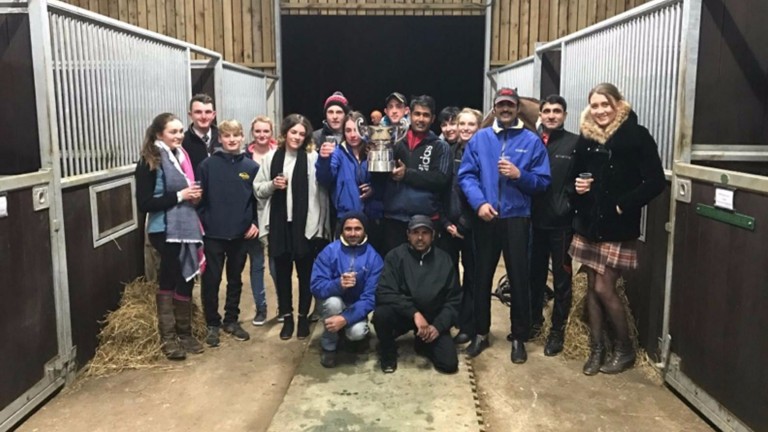 Winning the King George VI Chase was made even more special for Thistlecrack's owners John and Heather Snook because they shared the day with Cue Card's owner Jean Bishop and then celebrated with trainer Colin Tizzard's staff, drinking fizz from plastic cups.

So said Heather Snook on Tuesday as she reflected on the stunning Kempton success of the sport's brightest star, who is expected to run at Cheltenham next month before returning in March for the Timico-backed Gold Cup, whose market he heads at a best-priced 5-4.

The soon-to-be nine-year-old, magnificent last season in staying hurdles, will tackle the Betbright Trial Cotswold Chase having delivered a scintillating display to win the King George under Tom Scudamore on just his fourth outing over fences.

Stablemate and 2015 champion Cue Card was an honourable, albeit soundly beaten, second.

"It was a wonderful day," said Heather Snook. "We get on really well with the Bishops and we all agreed before the King George that it was all about may the best horse win. Cue Card was stunning but our boy just decided to take the race on. 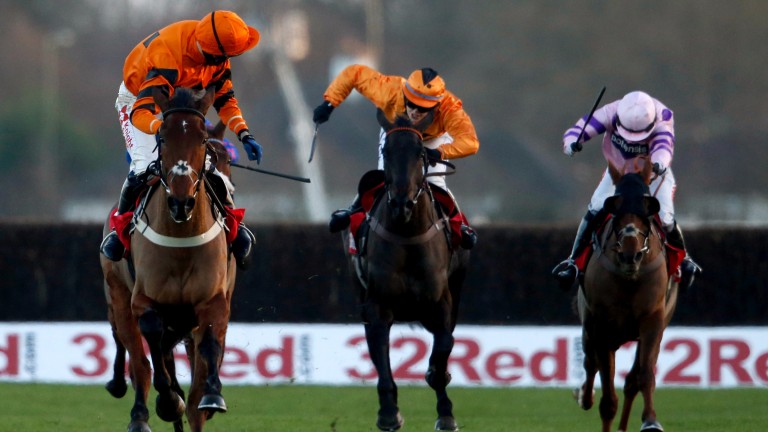 "We were supposed to be in the Kauto Star Novices' Chase, and that was a race the Bishops ended up winning, so really it couldn't have been nicer. It was a double whammy. The fact we finished first and second in the King George made it extra special.

"After the race we spent some more time with the Bishop family and finished off whatever champagne was left in the owners' and trainers' room. Then we drove home with Colin and Pauline Tizzard and took some more champagne, plastic cups and the trophy. We had a little party with all the staff. Everyone was hugging the trophy. That was the best bit of the whole day."

Confirming the intention to give Thistlecrack a first taste of Cheltenham's New course chase track on January 28, Snook added: "I don't see any reason why we shouldn't go to the Cotswold Chase. We got him to race. The King George was a Grade 1, but how much would it have taken out of him? When he came home he looked as though he hadn't been anywhere.

"He needs to have a purpose for going up the gallops every day, so it makes sense to run him."

Cue Card is likely to be rested until the Gold Cup, in which he was this year cruising when falling at the third-last. The one to beat, however, will clearly be Thistlecrack. The fact he races in her colours still leaves Snook astonished.

"We're not betting people, but for us to have such a hot favourite for the Gold Cup is extraordinary," she said.

"Nobody wants him to do badly. Paul Nicholls was saying on the day how much respect he has for the horse. We were speaking to Nicky Henderson later in the day and he was the same.

"Nobody can say anything bad about him because he is what he is. What you see is what you get. I don't remember Arkle but I've never seen anything like Thistlecrack."

Bishop said: "We had a nice day together and we congratulated them afterwards. It's a friendly rivalry and we support each other. A bottle of champagne was sent up after the race and we shared that. We're all friends afterwards, there was no boxing match!

"We can't complain as we won the race last year. The ground went a little against him but now we're looking forward to the Gold Cup. We weren't disappointed with Cue Card as he always does his best."