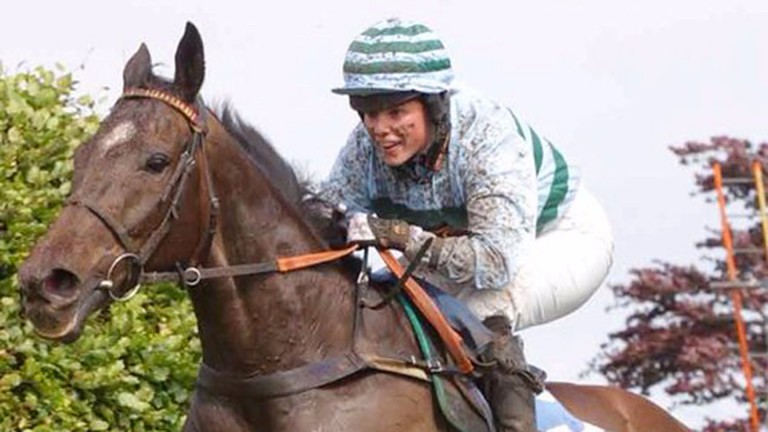 Sam and Jonathan England are praying for better luck with their Pertemps Final runner Alzammaar than either have experienced at the festival so far, and in fairness it can not get much worse.

The pair, who married last August, have caught many an eye with just a smallish team since they began training from the farm in Guiseley, West Yorkshire, owned by Sam's father little more than a year ago, sending out 19 winners, including three from just six runners on the Flat.

But their festival record as riders is not so good. Sam England, who holds the trainmer's licence, rode more than 30 winners over jumps as Sam Drake but recalls "falling off" in the Foxhunter on her only ride at the meeting.

Jonathan England, whose winners this season have all been for the stable, has had approaching 100 in all, including a couple of Graded chases in his time with Sue Smith, but according to his wife he has had only one ride at the meeting and was unseated at the last on Cloudy Too in Lord Windermere's Gold Cup.

Alzammaar is among the Pertemps outsiders, but he has plenty going for him and is a live each-way chance in what is plainly an open race on just his third start for the couple.

A highly promising second to a well-handicapped rival at Catterick on his first start since he was purchased from Warren Greatrex, he was a shade disappointing next time at Musselburgh, but that is easily explained.

Sam England said: "We were delighted with his second to Nietzsche on his first run for us, on ground that would have been soft enough, and then a lot of ours were snotty when he went to Musselburgh but we felt we had to run in order to qualify him.

"He needed to finish in the first six and luckily he read the script and managed fifth, but he wasn't quite right. He's in much better form now and we'll ride him differently and drop him in.

"The drying ground should suit him, as it was good to firm when he won at Aintree for Warren. He'll need a career best, but he's got plenty going for him."

She added: "It's a really big day for us and we are excited."

FIRST PUBLISHED 11:52AM, MAR 16 2017
We were delighted with his second to Nietzsche on his first run for us, on ground that would have been soft enough