End of an era at Groundhill Farm as trainer steps down 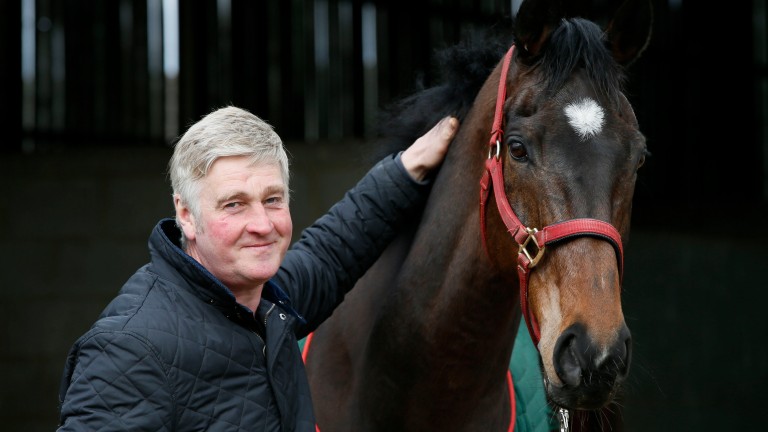 A new year is set to be marked by a new name on the licence at one of the most successful yards in the north.

Keith Reveley is to stand down at the helm of Groundhill Farm near Saltburn in Cleveland from where he and his mother Mary have sent out around 2,500 winners in the past three decades.

Long-serving assistant Gill Boanas is taking over at a stable put firmly on the map by stars such as Cab On Target, Mellottie and Turnpole in the years since Mary Reveley started out with just two horses under her care in 1979.

"The changeover is set for February 1," said Boanas. "The courses are all done and an application has been put in for the licence. I'm waiting for confirmation of that, but am set to take over when Keith's runs out at the end of January.

"I'm really looking forward to it and couldn't wish for a better place to start with all the facilities.

"I've been here for 24 years, I came straight from school at 17 for a two-week trial - though I still haven't heard whether I got the job! Mary and Keith have been great people to learn from and they will still be here, keeping a watchful eye on me and offering advice."

Shown she can do it

Boanas already has experience of training point-to-pointers and French Seventyfive carried her colours to victory in two chases early on this season.

"That was great as it showed I could do it and it paid for the training courses," said Boanas, 41.

"I will start with around 12 horses, mainly jumpers with a lot of nice bumper horses, and it's a nice number to start with, although I could possibly get a few more for the Flat."

Mary Reveley began training hunter chasers in 1979, landing her first success with Lottie Lehman at Sedgefield in 1981, and took out a full licence in 1982.

She turned the yard into a powerhouse, with her tally of more than 2,000 victories including two Cesarewitches, a Cambridgeshire and a Becher Chase.

At her peak she trained 120-plus horses, for owners ranging from BHB chairman Peter Savill to singer Des O'Connor.

Elder son Keith took over on her retirement in 2004 and sent out around 400 winners, most notably landing the Grade 1 Feltham Novices' Chase with Ungaro.

Not a huge change

The trainer, whose son James has just been crowned champion jump jockey in France, stressed there will not be a major change and said: "The horses will be in the same stables, it will be the same routine, everything will be the same but my name won't be on the licence.

"Gill knows our place like the back of her hand but I'll still be working every day doing the gallops.

"My mum has always kept an interest and been at the helm and that won't change."

Reflecting on his decision to hand over the licence, Reveley said: "I haven't been happy since James moved to France, it just hasn't been the same and it needs a little bit of fresh enthusiasm.

"We have some nice young horses coming through and all Gill needs is a few early winners just to get her going, and hopefully she can build things back up, bring in new customers, and be somewhere near what we used to be."

The gelding out of Lottie Lehman, a hunter chaser who gave Mary Reveley her first winner, looked set to make a decent jumper after landing three bumpers and making a successful hurdling debut. But he was switched to the Flat and earned nearly £250,000 in prize-money, winning the Cambridgeshire and two Listed races.

Possibly the best jumps horse the Reveleys trained and won five Grade 2 hurdles. Not quite so good over fences, but he was still pretty accomplished and won the Grade 1 Future Champions Novices' Chase at Ayr.

What might Marello have achieved had she been around today, in an era when high-class mares have their own dedicated programme of races? As it was, she did none too shabbily in competition with colts and geldings and won 11 of her 15 races, most notably the West Yorkshire Hurdle at Wetherby.

As much of an all-rounder as his trainer and won on the Flat and over hurdles and fences. Had his greatest day when he turned the 1997 Cesarewitch into a procession and comfortably saw off Top Cees and 29 others under Lindsay Charnock.

The best horse trained by Keith Reveley, who nursed him back from injury to land a Grade 3 hurdle at Sandown, then sent him over fences and collected the Grade 1 Feltham Novices' Chase at Kempton on Boxing Day.