Enable the Gosden pathfinder as she steps up Irish Oaks preparation 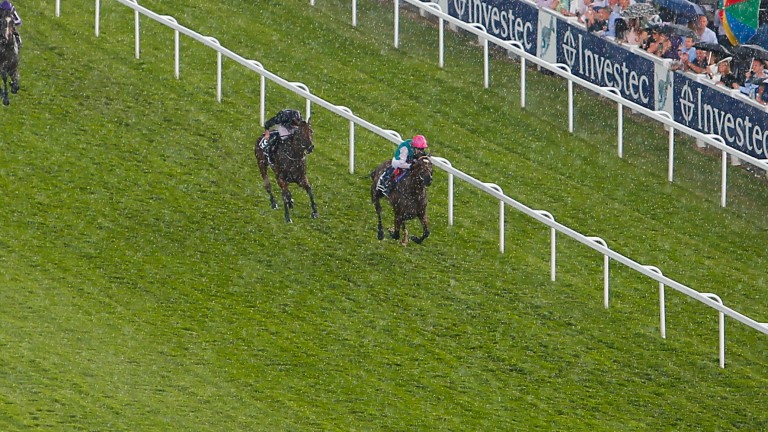 Enable John Gosden
The Oaks winner was fittingly the first to use the reopened trial ground on the Limekilns on Saturday morning, which was a busy location as every facility was usable for the first time since May. The daughter of Nathaniel did the gallop justice when covering a mile in smooth fashion and is to attempt the English-Irish Oaks double on July 15, a feat last achieved by Snow Fairy in 2010.

Wuheida Charlie Appleby
The Moulton Paddocks team crossed the road for a change of scene with the one-time 1,000 Guineas fancy leading the way on the trial ground under Kirsty Milczarek. Last year's Group 1 Prix Marcel Boussac winner is on the way back from a fracture she sustained in April and has an entry in the Group 1 Falmouth Stakes at Newmarket on July 14.

Leshlaa Saeed Bin Suroor
Looked none the worse for his gallant fifth in the Britannia Handicap at Royal Ascot when bounding up the long gallop with Maghfoor. The chestnut actually finished second in his group on the stands' side that day and may be back up in trip next time for the John Smith's Cup at York.

God Given Luca Cumani
Cumani's son Matty was back from Australia and on the Bedford House team at first lot as he takes time out until his current suspension ends on August 1. Cumani jnr will have been wowed by the way the half-sister to Postponed finished off her exercise on the long gallop and she looks sure to build on her recent maiden win at Haydock.

Great Work !!!  Ulysses Sir Michael Stoute
Former jockey Kevin Bradshaw was doing the steering on the Prince of Wales's Stakes third who, as usual, was in a muck sweat before his seven-furlong spin on the trial ground. The four-year-old is one of a number of options Stoute has in the Group 1 Coral-Eclipse at Sandown next Saturday.

FIRST PUBLISHED 12:56PM, JUL 1 2017
Cumani's son Matty was back from Australia and on the Bedford House team at first lot