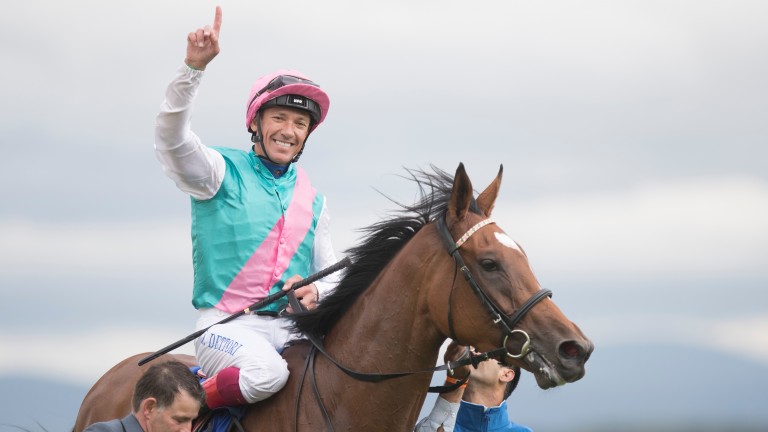 John Gosden will hope that Enable can avoid the fate that befell Taghrooda, with his filly long odds-on for the Darley Yorkshire Oaks on Thursday.

Enable goes into the race seeking a fifth straight success and, like Taghrooda, has victories in the Oaks and King George on her CV. But in 2014 Taghrooda was turned over at York by Tapestry, having been sent off a 1-5 shot.

Following Tuesday's declarations Enable is a general 1-3 chance to defeat five rivals in the latest leg of the Qipco British Champions Series, with Nezwaah – unbeaten in two starts this season – next best at 7-1.

Teddy Grimthorpe, racing manager to Enable's owner Khalid Abudllah, is taking nothing for granted and said: "In all the big races everything has to go right, it doesn’t matter who or what you are. If you don’t bring your A-game then, no matter how good you are, you are not going to win."

Nine fillies were declared for the Group 2 Sky Bet Lowther Stakes, headed by Wesley Ward-trained Queen Mary runner-up Happy Like A Fool. She was supplemented for the race at a cost of £15,000, as was Threading, while Madeline and Actress are the other big guns in the line-up.

Like the Aidan O'Brien-trained Actress, Mamba Noire will travel from Ireland to represent Ken Condon.