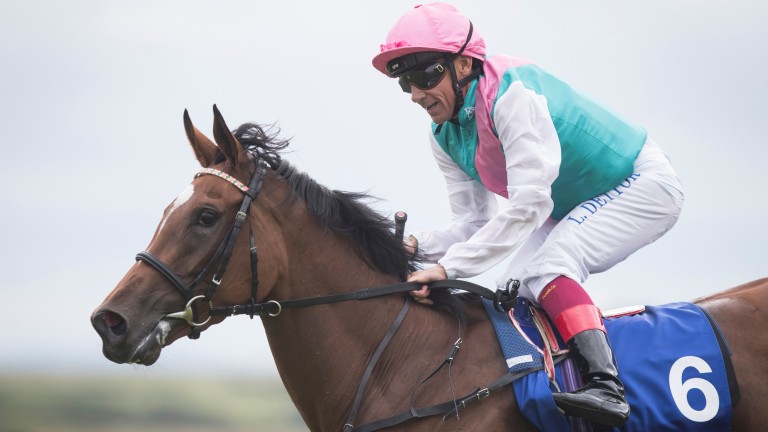 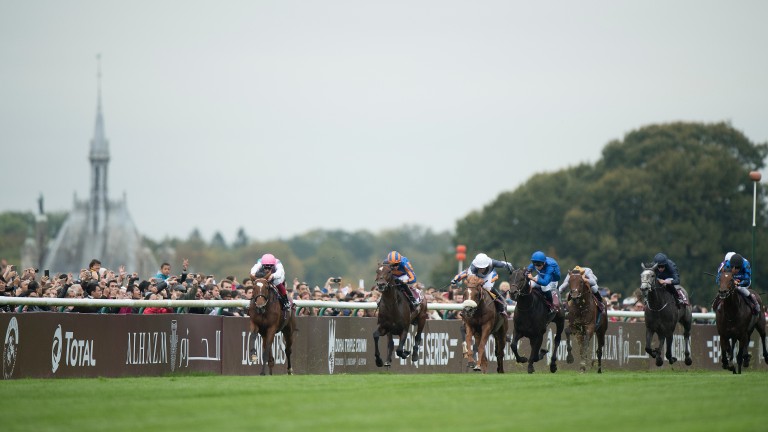 Enable: could return to action in the Darley Yorkshire Oaks or Juddmonte International
Patrick McCann (racingpost.com/photos)
1 of 2
By Graham Dench UPDATED 5:10PM, MAY 7 2018

Cracksman is the new favourite for the Qatar Prix De l'Arc de Triomphe following the news that his stablemate Enable has met with a slight setback and is likely to be out of action until August at the earliest.

Last season's runaway Champion Stakes winner, who was an easy winner of the Prix Ganay on his recent return to action, is trading at around 5-2 and 11-4 for Longchamp, having been widely available at 7-2 on Monday morning.

On the other hand Enable, whom connections still hope will be fit to bid for a second Arc on October 7 could on Monday be backed at as big as 5-1 with William Hill, having been 3-1 favourite in their list when news of the setback broke late in the morning.

Nicola McGeady of Ladbrokes, who have cut Cracksman to evens (from 5-4) for Royal Ascot's Prince of Wales's Stakes, said: "The hopes are that Enable will be back and fighting fit for the Arc, but the setback was enough to spark a flurry of bets on Cracksman coming out on top and he is now our market leader for the race."

Elaborating on the brief statement with which the news was broken on Monday morning, Teddy Grimthorpe, racing manager to owner Khalid Abdullah, said: "Enable has some filling in a knee and we are going to investigate it and then treat it or deal with it as advised.

"If it was a minor knock we might be saying that while she might not make the Coronation Cup she could still be back later in June, but with this we're going to allow plenty of time for it to hopefully settle down and then aim to get her rolling in August.

"The advice we have is that, given reasonable circumstances, she should be ready to run then as a preparation for the Prix de l’Arc de Triomphe." 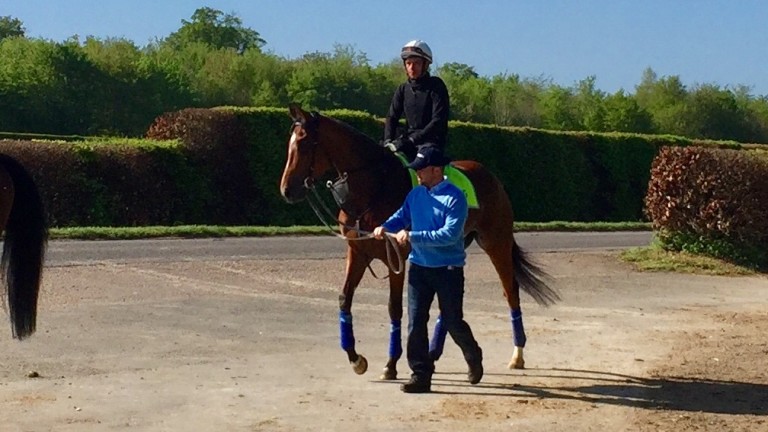 He added: "She'd been doing fantastically well and we were looking forward to her beginning proper work this week. It was literally on Friday, when she just did a swinging canter on the Al Bahathri."

The Arc has always been the principal aim as a four-year-old for the John Gosden-trained filly, who carried all before her as a three-year-old when rattling up successive top-level wins in the Oaks, Irish Oaks, King George and Yorkshire Oaks before crowning a magnificent campaign with a highly impressive defeat of Cloth Of Stars at Chantilly.

Enable had already been held up by cold weather prior to this latest setback, but connections had been hopeful she might have returned to the track in either the Tattersalls Gold Cup at the Curragh or the Investec Coronation Cup at Epsom on June 1.

The Darley Yorkshire Oaks, which Enable won last year by five lengths, or the Juddmonte International, would be an obvious starting point for her if she recovers as anticipated.

Grimthorpe confirmed: "We would obviously hope she would get to York, but I don't want to be nominating targets at this stage and that's why I've simply said August for now. She'll tell us long before that if she's going to be ready or not, and we'll keep everybody up to date when we know."

He added: "Prince Khalid has had to deal with quite a lot of bad news over the years and he takes it stoically."

FIRST PUBLISHED 12:08PM, MAY 7 2018
She has some filling in her knee which is being fully investigated. The advice that we have is that she should be ready to run in August