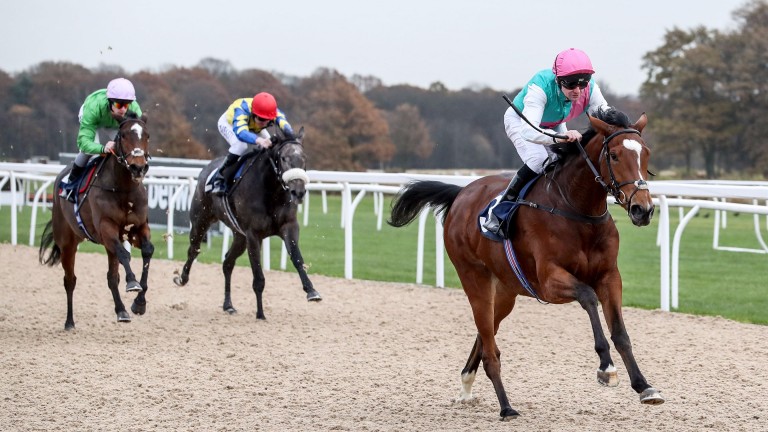 The maiden that launched the career of the mighty Enable at Newcastle nearly 12 months ago will not be staged next month, prompting racecourse owners Arena Racing Company (Arc) into a hasty programme change.

Arc could have expected to have enjoyed much favourable publicity on the anniversary of hosting the debut of the subsequent Prix de l'Arc de Triomphe winner, King George and dual-Oaks winner but the mile contest she stepped out in has been replaced.

John Gosden, along with a host of Newmarket trainers, were big supporters of the maiden programme at Gosforth Park last winter and other notables who registered there include subsequent Royal Ascot and Goodwood Cup winner Stradivarius.

Due to fixture movements, many of these open maidens are now median auction maiden contests, which excludes expensive well-bred youngsters from the bigger yards. After some complaints over the loss of such opportunities, Arc has now added a mile fillies' maiden to their twilight card at Newcastle on December 6.

Jon Pullin, Arc’s Racing Director, said: “Due to fixture moves last year’s races were not programmed to take place at Newcastle.  However, in conjunction with the BHA we aim to produce a balanced race programme which caters for all grades and ability of horse. We have reviewed the programme and identified an opportunity for a fillies maiden over a mile which will now be run at Newcastle on  December 6.”

Naming a race after Enable will also have to wait. Pullin added: "This new race is at a twilight fixture so we only hold it for one year. It could move next year so would not be a suitable race to have named in honour of Enable. We would also need to seek permissions from connections."

FIRST PUBLISHED 3:29PM, NOV 8 2017
We have reviewed the programme and identified an opportunity for a fillies maiden over a mile which will now be run at Newcastle on December 6