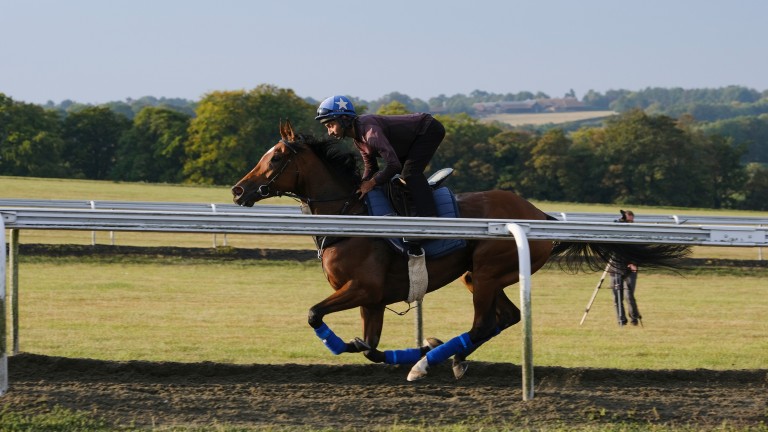 Enable and Imran Shawani on the Warren Hill gallops on Sunday
John Hoy
1 of 1
By David Milnes UPDATED 7:01PM, SEP 22 2019

Superstar Enable was the main attraction as crowds flocked to the second day of the Henry Cecil Open Weekend in Newmarket on Sunday.

Visitors travelled from across the country for one last glimpse of the ten-time Group 1 winner on the gallops as she brought up the rear of a galaxy of stars from the John Gosden yard on Warren Hill.

Champion stayer Stradivarius was almost as big a draw as Enable, and Gosden said: “Stradivarius is uncharacteristic for a staying horse as usually they're these huge strapping things, but he's very neat. He'll go to Champions Day again and next year the target will be to win three Ascot Gold Cups with him."

Newmarket Heath was awash with people before the day's 8am start, but as soon as Enable had floated by it was almost deserted as most people made their way to the 21 yards that were opening their doors.

Sir Mark Prescott's decision to open for the first time proved popular to say the least. He was swamped by visitors, including about 200 who queued up outside Heath House nearly 90 minutes before opening time.

Such was the demand that Prescott himself had to help out by taking many of those waiting across the road to Osborne Stables for a pre-tour talk to ease the burden.

Prescott joked: "It's been absolutely horrific. I've never seen so many people. They were waiting outside at 7.30am to get in. I definitely won’t be doing this again as it’s been a nightmare and all I need now is for someone to ask me for a tip!”

Among the throng were David and Caroline Hobbs, who had travelled from South Wiltshire. The latter said: "Enable was a big draw for us, as well as Sir Mark's yard, but we've got to weigh up whether it's worth waiting all that time and missing other things as I've never seen queues like it."

Other sites were popular, including Godolphin’s Lifetime Care premises at Craven House on the Hamilton Road, as well as Amy Murphy's Southgate Stables, whose stablestar Kalashnikov was happy to pose for pictures with visitors. 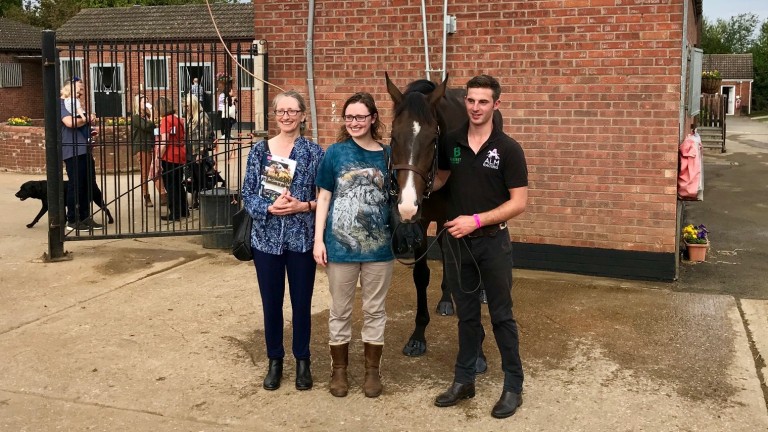 Murphy said: "We've been busier than last year and people were waiting outside well before 9am. We’ve been blessed with the weather, as it rained last year."

Charlie Fellowes, chairman of the open weekend, who was showing off his new yard at Bedford House, said: "It's been a great success and I've never seen so many people on Warren Hill to see Mr Gosden's superstars."

FIRST PUBLISHED 4:55PM, SEP 22 2019
It's been a great success and I've never seen so many people on Warren Hill to see Mr Gosden's superstars

John and Thady Gosden: 'It's no different to managing a top footballer' Would you be a backer of Stradivarius at 5-2 for the Long Distance Cup at Ascot? Doncaster in search of new sponsors for key races at St Leger meeting Record number of Newmarket yards to open on Henry Cecil Open Weekend Will Stradivarius roll back the years to land a second Doncaster Cup? Stradivarius ready to rumble once more with main rival ruled out at Doncaster