Empire Of Dirt brings up hat-trick of wins for Elliott 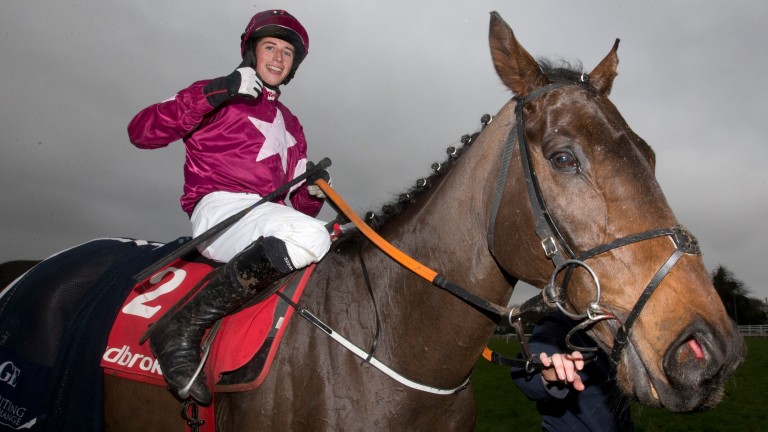 Empire Of Dirt gave trainer Gordon Elliott a third consecutive victory in the Ladbrokes Troytown Chase – and it was also a hat-trick of big handicap chase wins for Empire Of Dirt himself.

Last season he won the Leopardstown Chase and the Plate at the Cheltenham Festival when trained by the now retired Colm Murphy, and having landed another big handicap he was quoted at 25-1 for the Timico Cheltenham Gold Cup by William Hill – although the Randox Health Grand National could be next year's primary target.

The Troytown was the nine-year-old's first run since his Cheltenham win in March and his first start for Elliott, who had won the Troytown with Balbriggan in 2014 and Riverside City a year ago and saddled a personal-best 11 runners in the hat-trick quest.

Elliott said: "Navan is my local track and to win the Troytown again is special. I thought four of our runners were in with decent chances and Empire Of Dirt was one of them. So was Noble Endeavor, who finished fourth.

"Empire Of Dirt had plenty of weight but has a touch of class and he showed it today. We've the Grand National at Aintree in mind as his long-term target and he probably won't race too often between now and then. He'll probably have a run or two over hurdles."

He was on Sunday night 20-1 co-favourite for the Grand National with bet365, with 33-1 being the biggest price available about the Gigginstown House Stud-owned horse, who was ridden by Bryan Cooper.

Abolitionist, ridden by Rachael Blackmore, finished second, with Bonny Kate a length and a quarter back in third.