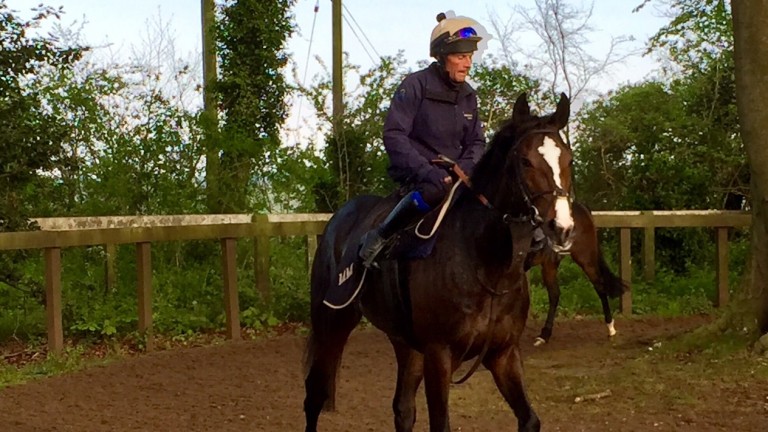 Eminent Martyn Meade
The Craven Stakes winner was not breaking any track records, as he had on the Rowley Mile, when completing his serious pre-2,000 Guineas homework on the trial ground on the Limekilns.

Ridden by his lad Glen Osborne, the Frankel colt certainly was not stopping at the close of his five-furlong pipeopener with Solo Hunter and looks a much leaner machine than a fortnight ago.

Dream Castle Saeed Bin Suroor
Frankel may well have two representatives in the race he won in such devastating fashion in 2011, and the Greenham runner-up was sporting a hood for the first time in his exercise over 7f under Silvestre de Sousa.

The former champion jockey seemed to settle the free-goer in his work with Top Mission (Kieren Fallon) and he may well get the mount next Saturday as regular rider Oisin Murphy is banned.

Coronet John Gosden
Gosden's stick told him that the going on the Limekilns round gallop was suitable for some of his strong team of fillies, of which this grey is well up the pecking order.

Last year's Zetland Stakes winner was to the fore under Frankie Dettori and is to take in the Prix Saint-Alary at Deauville on May 14, a race last won for the British by fellow grey Indian Skimmer in 1987.

Monsieur Glory Tom Clover
Former David Simcock assistant Clover has been rather unlucky not to get his first winner on the board in recent days from his well-located yard at the foot of Warren Hill.

This former Tom Dascombe inmate was sending out all the right signals in his work on the Al Bahathri to give plenty of optimism on his first start for new connections at Yarmouth on Tuesday.

Pallasator Sir Mark Prescott
There may not be any runners but there is still plenty of activity at Heath House of late as Prescott is having a new office built at his yard close to Moulton Road.

This strapping eight-year-old is certainly built to walk through a wall or two and looked as good as ever in his work under Rosie Jessop on the Al Bahathri.