David Carr on a titanic showdown that looked unlikely to happen 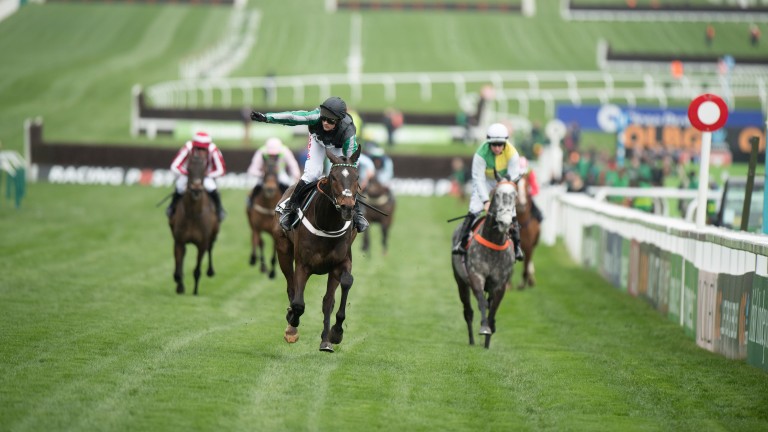 Altior has been a hot fancy for this ever since his Racing Post Arkle victory
Edward Whitaker
1 of 1
UPDATED 12:18PM, MAR 14 2018

Well, they've made it. Or it looks like they have. This is no time to go counting your superstar two-mile chasers.

There's many a slip between decs and off, so nothing is completely guaranteed until the tapes actually go up for a clash that's been dreamed of since this day last year.

At times, Altior and Douvan have looked about as likely to get it together here as King Kong and the Loch Ness Monster – and they've been spotted only once more than that pair between them this season.

Yet, as with those mythical beasts, their very elusiveness only increases the fascination and we could still be in for the stuff of legends on Wednesday afternoon.

That one glimpse certainly created a buzz of excited anticipation for the Betway Queen Mother Champion Chase, for Altior had the spotters' binoculars trembling excitedly as he emerged from the wilderness with a smooth demolition of Grade 1 winner Politologue at Newbury. 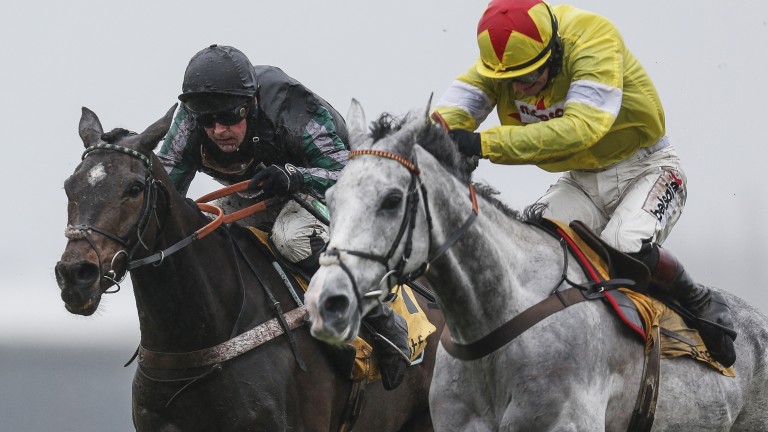 And that was some relief for those who’d taken the 5-2 about him for this race straight after he'd won the Racing Post Arkle here last year in the style of a future champion.

That apparently far-sighted bunch had spent the winter scanning medical bulletins as the chaser was sidelined after a wind operation problem and they were left in turmoil once again when he was announced to be lame just this Monday, although he was given the all-clear 24 hours later.

Sunday was the latest wobble day for Douvan's supporters as it appeared, erroneously, that he might be switched to Thursday's Ryanair Chase.

But the guessing game over where and when we might see him actually started on this day last year, when an expected Champion Chase coronation for the 2-9 favourite turned into an inquest as he trailed in seventh with a pelvic stress fracture.

'How is he?', 'when will he be back?' and 'will he still be as good?' are the questions that have been asked non-stop ever since.

Douvan's presence gives Willie Mullins' definitive response to the first two and rewards those who took the 2-1 against his even turning up that was offered by one firm just a fortnight ago.

None can yet know the answer to the last question, although Altior's backers will be aware that a 'yes' means they will have to sweat. 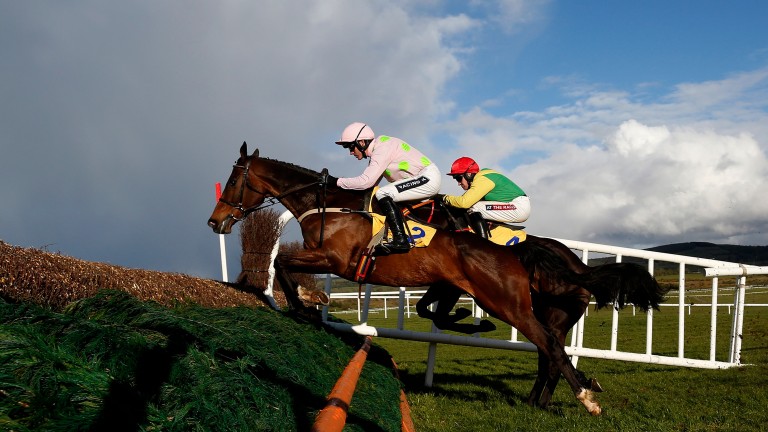 This is one of the greatest jumps horses of the 21st century, a 14-time winner who swaggers class and was still on the up at the time of his injury.

Pity jockey Ruby Walsh his agonising decision over whether to stick with a stalwart he's won a Supreme Novices’ Hurdle and an Arkle on at past festivals.

He elected to stay loyal, so Paul Townend is on stablemate Min, who has returned from a layoff of his own to pass the post first in all three outings this term and look positively Douvanesque in bolting up by 12 lengths at Leopardstown last month.

The real star of the day?

Of course, by the time of the Champion Chase we'll have seen the horse who is Altior, Douvan and Min rolled into one if the hype is to be believed.

Samcro takes his name from the outlaw motorcycle club in the TV series Sons Of Anarchy and has looked a Harley-Davidson in a field of mopeds each time he has raced so far.

Even a step up to Grade 1 company at Leopardstown failed to get him off the bridle as he made it seven wins out of seven by an easy five and a half lengths, and debate since then has been more about which race he'd run in at the festival than whether he could possibly be beaten.

History suggests this could be a dangerous way to approach his chosen target, as four favourites have been beaten at odds of 2-1 or shorter in the Ballymore Novices' Hurdle since 2011.

It's not all about the big battalions

Samcro is one of 30 or 40 runners Gordon Elliott will send out over these four days, but Cheltenham is not just a numbers game.

Pat Kelly’s County Galway string may scarcely reach double figures, yet he’s bidding for a third victory in as many festivals in the RSA Chase.

He’s beaten the big boys in the last two runnings of the Pertemps Hurdle Final and few who saw Presenting Percy cruise home last year will be in any hurry to oppose his dual chase winner, who ran leading Gold Cup hope Our Duke to a length at Gowran Park last month.

Kelly's rising star is a 40-1 chance for the 2019 Gold Cup with Paddy Power, if you fancy another giddy ride on the ante-post roller-coaster.

FIRST PUBLISHED 6:00PM, MAR 13 2018
At times, Altior and Douvan have looked about as likely to get it together here as King Kong and the Loch Ness Monster

Dynamite night for McNamara as Jazzaway leads Mullins charge in feature How a ping-pong rout told me everything about the extraordinary Patrick Mullins Fan De Blues follows in some famous hoofprints to win Grade 3 novice chase Hopes high of strong European team for Spring Carnival despite veterinary checks 'He'll never recover from that!' - the heroics of Killultagh Vic and Ruby Walsh Samcro, Stratum and much, much more - have you got that Friday feeling yet?