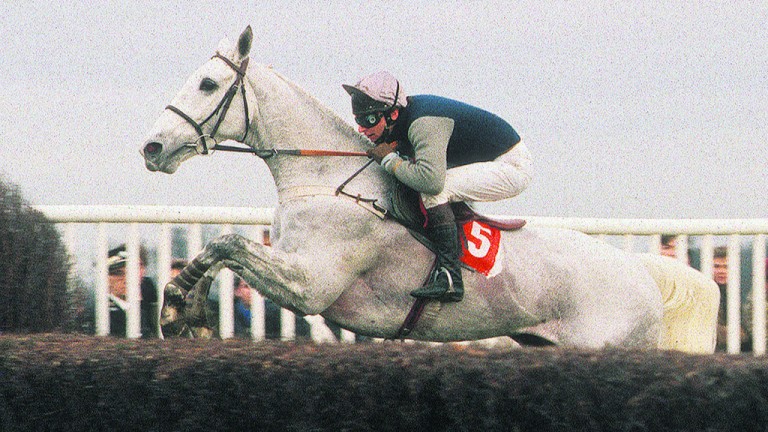 David Elsworth, who saddled the great Desert Orchid to four King George wins, struck a cautionary tone over the Jockey Club's redevelopment plans when he described the proposed closure of Kempton as "unnecessary" on Wednesday.

Newmarket-based Elsworth said he was old enough to remember the 1962 closure of Hurst Park, which is near Kempton, and did not want to see another course disappear from the London area.

The Jockey Club announced last week it has put the racecourse forward as the potential site of a 3,000-home development which would result in the track closing and the King George relocating to Sandown.

The project, which could potentially net at least £100 million, would assist the Jockey Club's pledge to plough £500m into racing, including building a new floodlit all-weather track in Newmarket and upgrading Sandown.

Desert Orchid's ashes are scattered at Kempton, where there is also a statue in his honour, as well as one of five-time King George winner Kauto Star.

Elsworth said: "I don't think the ashes are much of an issue, it's the fact there are millions of houses all around London but there aren't many racecourses.

"Kempton is an oasis in the middle of the metropolis. I'm sure there are alternative places to build, but I'm only a layman and I haven't looked into it in depth.

"The figures they are talking about seem peanuts. I feel the whole thing is unnecessary, personally. It's such a shame because once you lose Kempton it's gone and we won't build another Kempton."

The Jockey Club has disclosed it has £115m of managed debt and has claimed it is not a factor in the proposals for Kempton.

"The people who make these decisions are trying to make sound reasons, but I'm sceptical; I think we should keep Kempton," Elsworth added on At The Races.

"No-one has imagined Kempton not being there. I'm old enough to remember Hurst Park closing and at that time it was a similar scenario to this; we couldn't believe it was going for housing, and part of it still hasn't been built on.

"There were three courses within a five or six-mile radius [Hurst Part, Kempton and Sandown]. We've lost one, it now looks like two, so you fear for Sandown."

FIRST PUBLISHED 4:34PM, JAN 18 2017
I feel the whole thing is unnecessary. It's such a shame because once you lose Kempton it's gone and we won't build another Kempton

ITV deal now imminent after agreement reached on Grand National rebate As ITV deal stalls again we can still look forward to super Sundays on the box Who's like Haaland? The big names in racing who don't like TV interviews