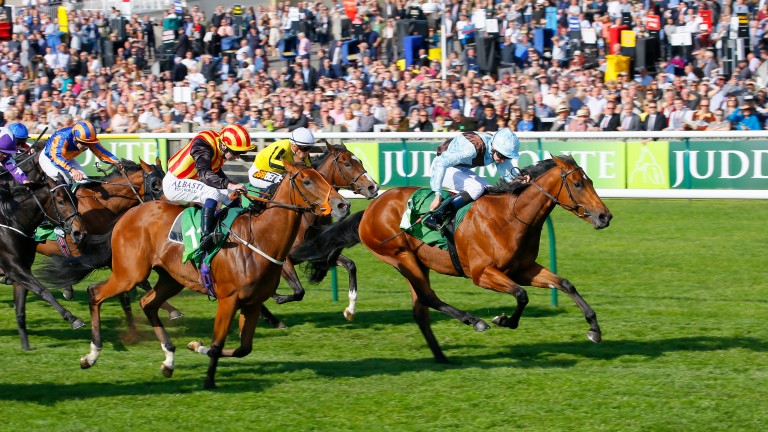 Dorothy famously told her dog Toto she 'had a feeling we're not in Kansas any more', and proud Geordie Brian Ellison is certainly a long way from his roots at Churchill Downs.

Ellison has established himself as one of the best dual-purpose trainers in Britain at his Malton base in North Yorkshire, which is evident by his weekend running plans.

While experiencing the glitz and glam of the Breeders' Cup with The Mackem Bullet for the first time, Ellison also has last season's Cheltenham Gold Cup sixth Definitly Red primed for his seasonal reappearance at Wetherby.

On her last two starts The Mackem Bullet has been narrowly denied by Fairyland, first in the Lowther and then the Cheveley Park Stakes.

Those outings came over six furlongs, which raises the question of whether she'll stay a mile in Kentucky on what looks sure to be a testing surface.

However, Ellison is optimistic her stamina can be stretched and said: "Oisin [Murphy] has ridden her twice and Ben Robinson has ridden her, and every time they came in they've said she wants further, so hopefully they're right. She'll definitely get 7f and, as for the mile, we’ll find out.

"She should've won at Musselburgh when it was slow ground on her second run, so I'm not bothered about that. It’s the trip really that's the unknown but they keep saying she wants it, so hopefully she'll be okay."

There is a distinct Yorkshire flavour to this year's British challenge as Kevin Ryan runs the unbeaten East.

A daughter of Frankel, East made a winning start at Hamilton before heading to Saint-Cloud in France to capture the Group 3 Prix Thomas Byron.

She looks to have plenty more to offer and Adam Ryan, representing his father, said: "We're happy with her. She travelled over well and has settled in well. We're excited to have a runner over here."

It's a race the master trainer is yet to win and he will be hoping Just Wonderful is away more alertly than last year's contender September, who finished third after blowing the start.

O'Brien said: "Just Wonderful is a very smart filly and was very impressive at Newmarket. The better the ground the better it would suit her, but she has a good draw. She could get a nice slot in the race and the thing is not to get there too early."

He added: "She doesn't want to be in front too soon but Ryan [Moore] was over the moon with her at Newmarket and he gave her an unbelievable ride. She's well and is a very exciting filly if things fall for her."

La Pelosa is already a Grade 1 winner having triumphed in the Natalma Stakes at Woodbine last time, and she bids to follow that up for Charlie Appleby.

The Godolphin trainer said: "La Pelosa came back to Newmarket after her win in Canada, she had a little break, has freshened up, and I’ve been pleased with her preparation." 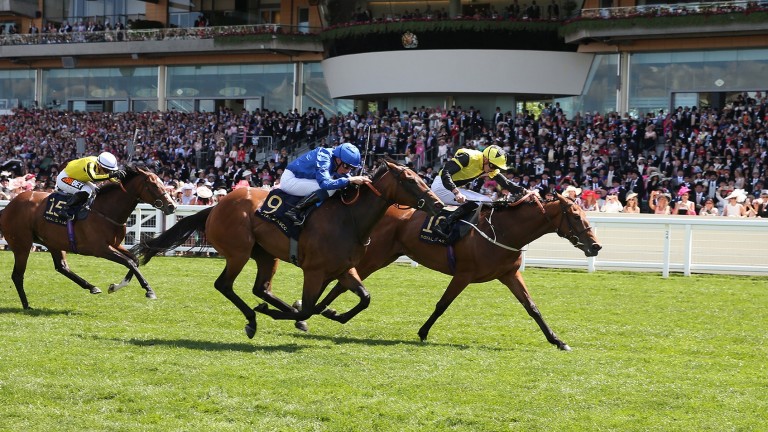 However, the European runners all have Newspaperofrecord to beat. Trainer Chad Brown is chasing a hat-trick in the race, and a fourth win in the last five years.

Newspaperofrecord is unbeaten in two starts, most recently when bolting up by six and a half lengths in the Grade 2 Miss Grillo Stakes at Belmont Park.

Brown is confident and said: "As long as she breaks clean she'll be very difficult to beat."