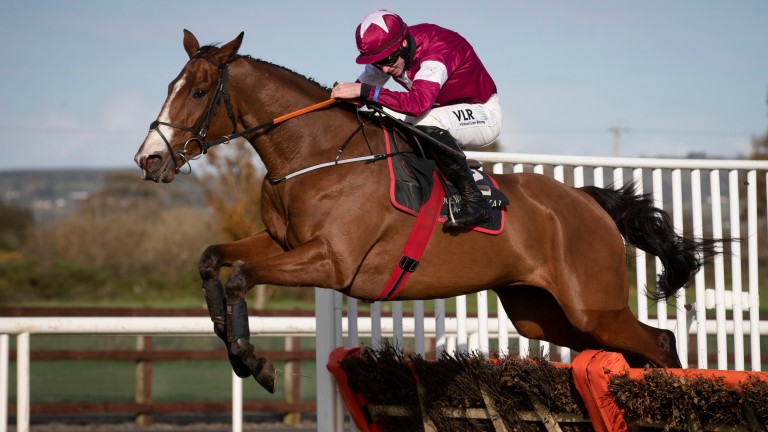 Gordon Elliott and Noel Meade will have happy memories of this race. As proud Meath men, they share the record as the joint most successful trainers in this Grade 3 at their local track, which has been responsible for blooding top-notch talent down through the years.

Elliott's recent record is stronger, having landed four of the past six renewals, and it looks odds-on that he will be adding to his tally on Sunday.

The Cullentra House representation appears to be as strong as ever with the unbeaten Farouk D'Alene and gritty Fairyhouse winner Fakeira bidding to emulate Fury Road, Samcro, Death Duty, Free Expression and Mount Benbulben, all of whom were successful in this contest for Elliott.

There aren't many young horses in Ireland as exciting as Farouk D'Alene. An impressive winner of his point-to-point, he enhanced his reputation in bumpers last season, battling past Fire Attack at Naas in a winners’ contest in March before landing a bloodless success at Down Royal on his hurdles debut last month.

Joseph O’Brien has boldly decided to pitch Fire Attack in here on his hurdling debut but, crucially, Farouk D’Alene has already won his maiden hurdle, which should make him very difficult to beat.

Meade is represented by Lieutenant Command, who, like Fire Attack and Farouk D'Alene, is owned by Gigginstown House Stud.

The six-year-old's sole defeat came in a Grade 2 bumper at Leopardstown last season and there was a lot to like about how he took to jumping at Galway last month.

But this race revolves around Farouk D’Alene, who is very much the Gigginstown number one and the one they all have to beat.

Gordon Elliott, trainer of Fakiera and Farouk D'Alene
Fakiera won well at Fairyhouse the last day and the form has worked out well with Gavin's [Cromwell] horse [Gabynako] coming out and winning at Naas on Saturday. But I'd imagine he will need to improve to win. Farouk D'Alene doesn't do anything fancy at home but he keeps winning. He's a big honest galloper and we were happy with how he did it at Down Royal. We're looking forward to seeing how he gets on here.

Eddie O’Leary, racing manager for Gigginstown House Stud, owners of Farouk D’Alene, Fire Attack and Lieutenant Command
Hopefully Farouk D’Alene is a nice horse but Fire Attack wasn’t beaten far by him in a bumper last season and Joseph said he’d prefer to start him off here rather than in a big-runner maiden hurdle. Lieutenant Command won well over the trip last time at Galway and should also run well.

FIRST PUBLISHED 6:00PM, NOV 21 2020
He's a big honest galloper and we were happy with how he did it at Down Royal. We're looking forward to seeing how he gets on here